On June 24, 2015 the SOHO satellite captured a massive cross structure next to the sun. Several days later, on July 7, a second detailed cross structure has been seen on Lasco C2 while on the same day also a bright star-like object appeared near the Sun. 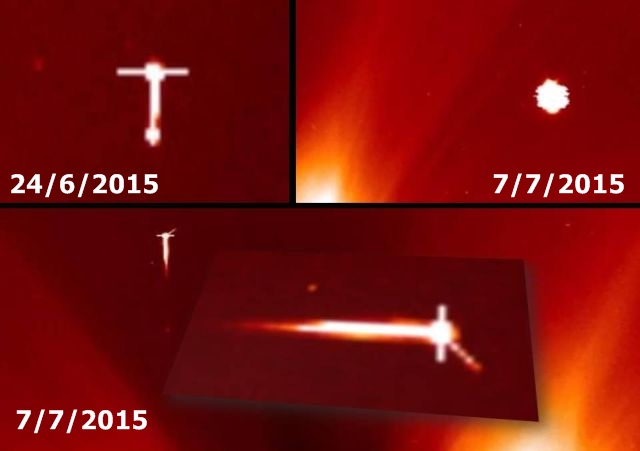 What are these objects? Alien space craft or warning signs projected by an unknown race to draw our attention that something is about to happen?

Anyhow, until we know what they actually are or represent, they can be classed as unidentified.