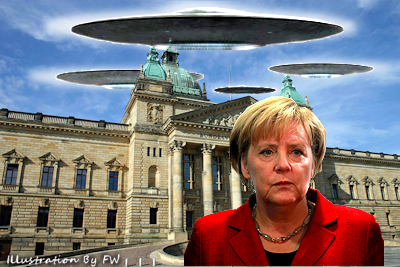 ALIEN investigators hope the release of German government files on historical UFO sightings will be a milestone in their quest for evidence of extra terrestrial life.

Following a number of years of legal wrangling, the German Supreme Administrative Court in Leipzig ordered the German Bundestag to release confidential documents about UFOs, that it had tried to keep hidden.

The news has been welcomed by UFO researchers already buoyed by news that the UK Ministry of Defence (MOD) will release 18 confidential UFO files to the National Archive next March, although it is still not known when they will be available to the public.

In 2008 then German Minister of the Interior Dr Wolfgang Schäuble insisted the German government had never investigated the topic and had no interest in doing so.

However, two years later Robert Fleischer of Exopolitic.org discovered that the scientific service of the German parliament had a department investigating the possibility of extraterrestrial intelligence and UFOs.

German blogger Frank Reitemeyer took the Bundestag to court, which fought against the release until now. . . .