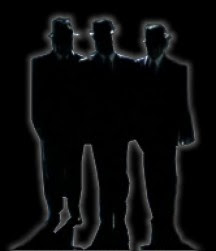 A UFO chaser who has investigated Britain’s most controversial sighting for 35 years claims “Men in black” from the Ministry of Defence (MoD) have tried to scare her into stopping her work.

Brenda Butler, who visits Rendlesham Forest in Suffolk, every week hoping to gather evidence of alien visitations, claimed she and two co-authors have been hounded by MoD officials and police trying to halt their research.

Speaking at a UFO conference to mark 35 years since the mysterious Rendlesham incident next to an RAF base in 1980, she claimed the MoD had tried to make her and a fellow investigator sign a contract to silence them over their findings, and said she was even chased by an “army jeep” down country roads at 80mph. . . .