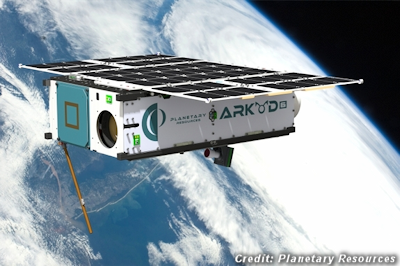 A private spaceflight company took one small step for asteroid mining this week with the launch of its first spacecraft to test technology that may one day help tap into the riches of the solar system.

Planetary Resources first tried to launch a version of the satellite into orbit last October, but that spacecraft was lost when the commercial Antares rocket carrying it and supplies for the space station exploded shortly after liftoff.

NASA To Snag an Asteroid for use as ‘Moon Space Station’