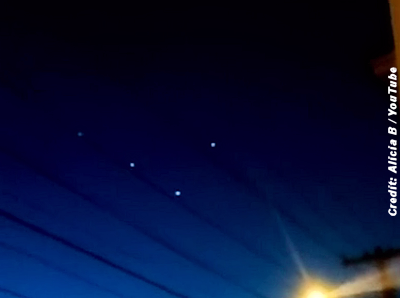 ROCKLAND, Maine (NEWS CENTER) — A Rockland man uploaded a video on YouTube of, what he calls, an unidentified flying object (UFO), and it’s causing a lot of local chatter.

Ty Pendleton took the video on June 14 around 9 p.m. at his home in Rockland. Three lights in the sky caught his attention, so he decided to take a video of it. At first, Pendleton said he thought it was an airplane, but didn’t hear any sound. As seen in the video, the three lights move in unison.

Pendleton said he believes those three lights are a UFO. “Nobody can seem to explain what the image is. . . .