A Kansas woman said she stepped outside with her dog and noticed something unusual in the sky – the moon and the stars were gone, according to audio testimony posted at audioburst.com (listen below). 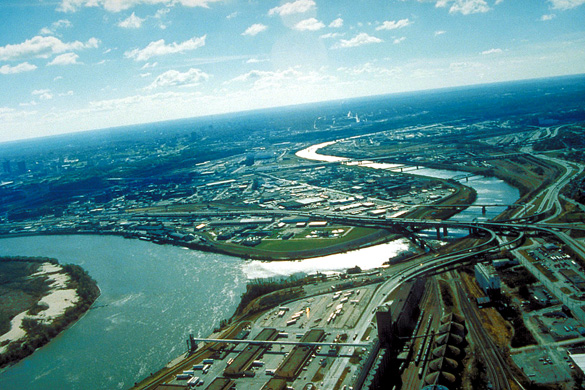 “I ran back into the house, got my daughter, dragged her out to the porch and I hollered, ‘Look! Look!’ And she looked up and she goes – what? I says, where’s the moon? Where’s the stars? And then my neighbors across the way. They came out of their house and were all pointing at the sky.” 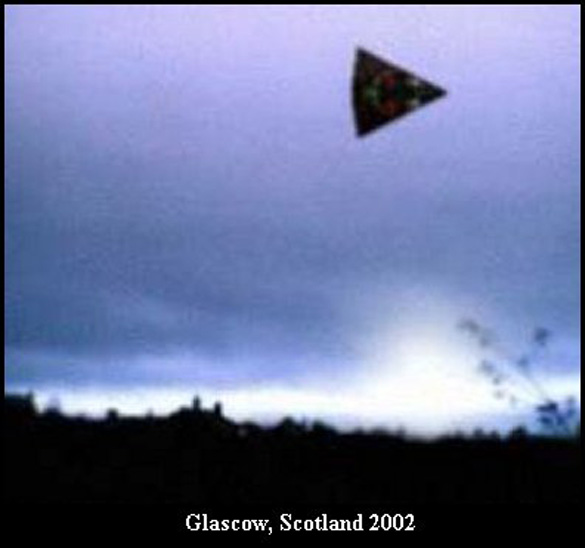 And what they saw covering the sky was disturbing.

“That thing was dead silent, massive, so big, so huge.”

The sighting did not last very long.

“And it took off with a blink of an eye and no noise.”

The woman described the object’s shape.

“It wasn’t round like a saucer or nothing. It was kind of like an arrowhead shape. The whole bottom of it was pitch black, until it took off, and then it was multicolored lights at the bottom.”

As the object moved away, the woman’s daughter became terrified. 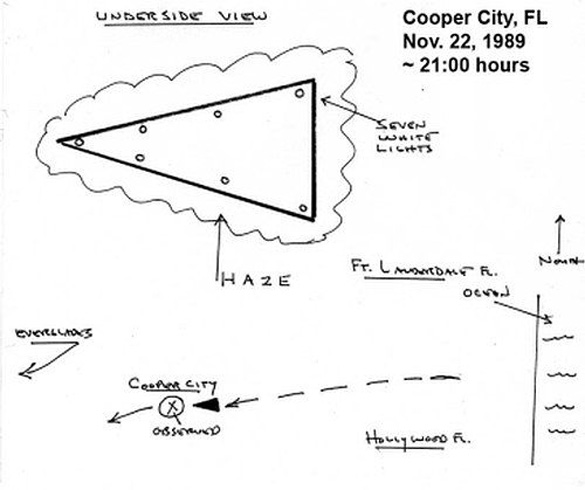 Underside illustrations of an arrowhead-shaped UFO from a 1989 sighting in Cooper City, FL. (Credit: UFOevidence.org)

“It was like when the thing powered up and took off there were like these multicolored lights and my daughter was speechless. And I grabbed her and I was shaking her trying to snap her out of it because she was terrified.”

No specific date of exact location was given for the UFO incident. The arrowhead shape for UFOs is not frequently reported, although it is similar to the more popularly reported shape of a triangle.