The Channel 5 show tells how according to the UK UFO files, in August 1990 two hikers were walking in the Scottish Highlands, close to Calvine, north of Pitlochry when suddenly they saw something incredible. 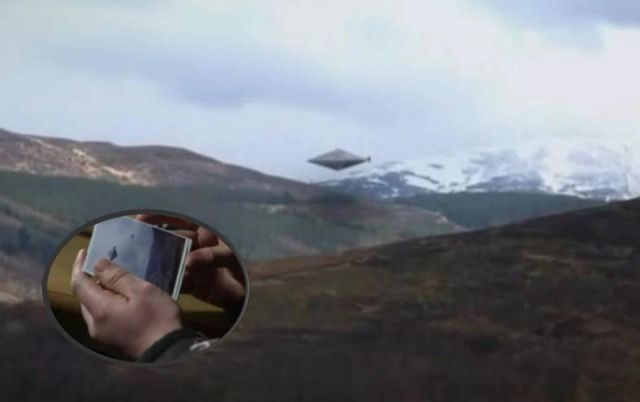 A diamond shaped aircraft was hovering over the landscape before speeding off into the distance.

The two hikers took pictures of the craft and immediately contacted journalists from the Scottish Daily Record Newspaper and after viewing their photos, the journalists chose to share both pictures and negatives with the Ministry of Defense.

The UK UFO Desk files say that the images were then analysed by the best team in the business. At the time Nick Pope was a junior member of the UFO team.

Nick Pope explains “The Defense Intelligence staff sent these images to JARIC that’s the Joint Air Reconnaissance and Intelligence Centre. Now this is the UK’s military centre of expertise when it comes to imagery analysis. These Intelligence personnel come to the conclusion that these photographs are real – it’s a solid craft and no one has the faintest idea what it is.”

Watch the footage in the reconstruction.