Tom Sanger says it was about 9 pm when they spotted the lights. They were at the Sabino Canyon parking lot on the northeast edge of Tucson at the base of the Catalina Mountains. Sanger says he had his Luna Optics color night vision camera and began filming the lights (video seen above). 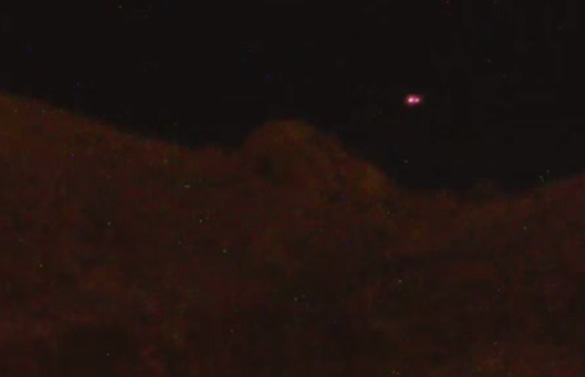 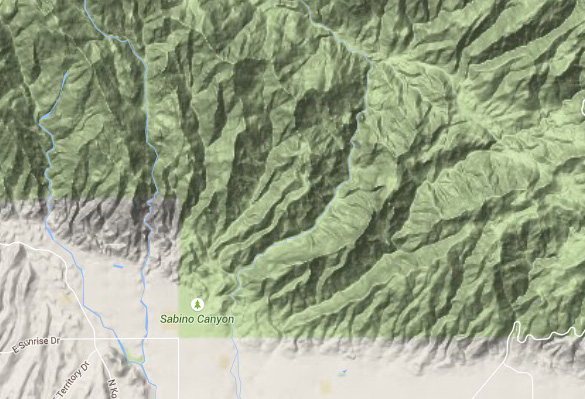 Sabino Canyon at the base of the Catalina Mountains. (Credit: Google Maps)

The camera works at a 5X magnification, but can go up to 20X. However, Sanger says he probably zoomed in too closely to the lights in his video and “destroyed the clarity of the video.” 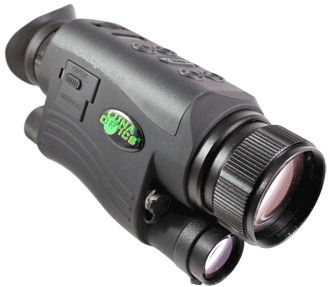 At the beginning of the video some out of focus lights can be seen on the far right of the screen. Sanger says those were lights from radio towers on one of the peaks. However, the strange lights were near a peak to the left of the towers. He says due to “tinkering”  with his camera, sometimes the lights seemed to be one big light, but he says they were actually three lights, as can be seen in most of the video.

Sanger’s friend Gene Coleman also had a night vision camera on hand. His was a Pulsar black and white camera. He also began filming, and in the beginning of his video the radio towers can also be seen on the right. 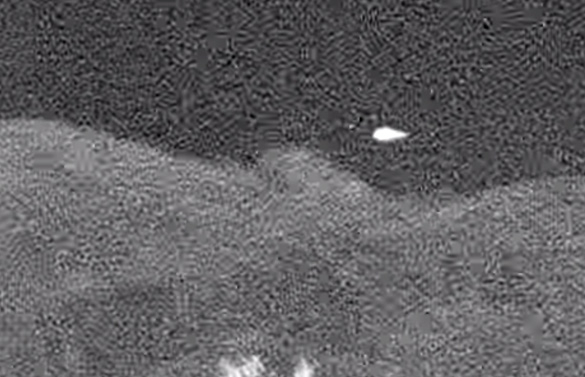 At one point Coleman had stopped filming to put his camera on a tripod and began filming again, so he has two videos.

In Coleman’s videos the lights looks like one giant light, because they are too intense for his camera to separate them, but the men say there were three lights. Gene states in his video that he remembered seeing the lights at about 8:50 pm, Sanger agrees Coleman is probably more accurate.

They watched the lights for about 15 minutes before they disappeared. Sanger says his video is shorter because cars entering the parking lot washed out his video, so he edited those parts out. He says he also ran out of camera memory before the lights disappeared.

Sanger says the lights came back 27 minutes after disappearing and Coleman was able to catch those on video. Although Sanger’s camera could not record, they did have it attached to a monitor so they could use it to see the lights better.

Sanger says, “The 2nd event was 5 white lights in a row with various flashes and lights showing up here and there.”

Both videos show different dates and times from when they report seeing the lights, but like many of us, it is because they did not take the time to set the correct date and times on the cameras.

Sanger says they heard no sound. He says the radio towers were about 8 miles away, and he does not believe the lights to be much further. It was a cloudy day, and he believes there were clouds behind the lights, so the lights were closer than the nearest low hanging clouds.

Sanger looked at a map to determine what might have been out in the direction of the lights. 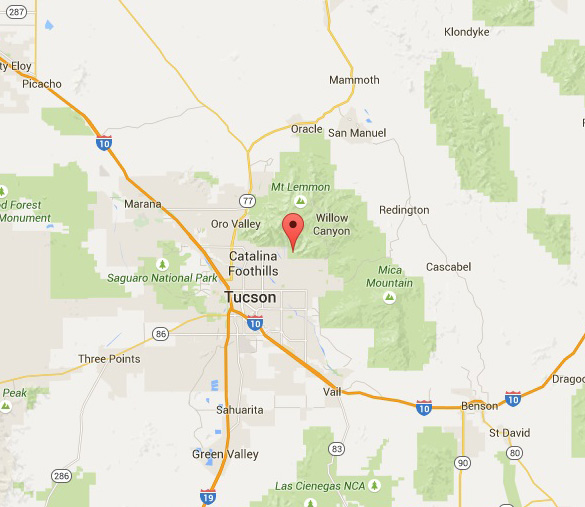 He says: “Sabino Canyon leads right up into the Catalinas. Beyond the mountains is desert wilderness. I just looked at a map and there are absolutely no cities or towns anywhere in the direction the lights were seen for literally hundreds of miles. No airports or military bases at all.”

Tucson does have an airport and a an Air Force Base, but they are both to the south of Sabino Canyon, and the men were purportedly shooting the video to the northeast. 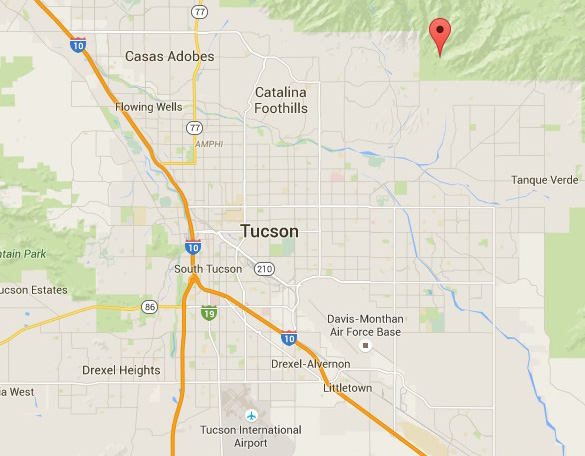 Map showing Sabino Canyon in relation to the airport and Air Force Base. (Credit: Google Maps)

As Sanger reported, there is nothing but desert past the Catalina Mountains in that direction.

Sanger took a video of the area in the daytime for comparison. His video show that there is nothing behind the peak he believes can be seen in the video. 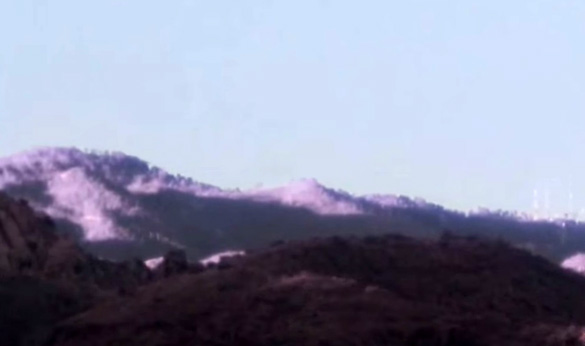 A daytime shot of the area seen in the night vision videos. The radio towers can be seen on the right. The peak Sanger believes to have been near the UFO is in the center of this picture. (Credit: Tom Sanger) 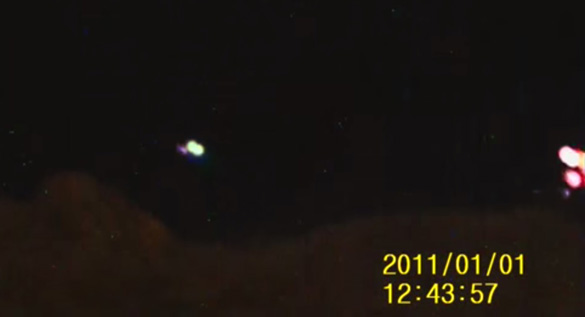 Often cars driving on mountains can be mistaken for something more mysterious. They usually go on and off as the cars pass behind trees. If Sanger got the wrong peak, that could be the case. However, the daytime images he provided seem to support his claims.

The same ridgeline as the above night vision video from the daytime images provided by Tom Sanger. The contrast has been adjusted. (Credit: Tom Sanger)

Nearby Davis-Monthan Air Force Base is the home of remote drone operations and training. However, these objects did not appear to be cruising around like a drone.

Of course, it was July 4th, so there is always the possibility they are fireworks. Sanger doesn’t think so.

Sanger says in a comment on his video: “These lights were way out above wilderness areas so were miles and miles from any fireworks displays.”

Below I posted a video of jets in the same area that were recorded by Sanger with the same night vision system for comparison.

Do you have an idea as to what was captured in these videos? If so, let us know below.