A Tennessee witness at Cedar Grove reported multiple, low flying, triangle-shaped UFOs moving overhead and a “black, ape-like” creature on the ground, according to testimony in Case 66916 from the Mutual UFO Network (MUFON) witness reporting database. 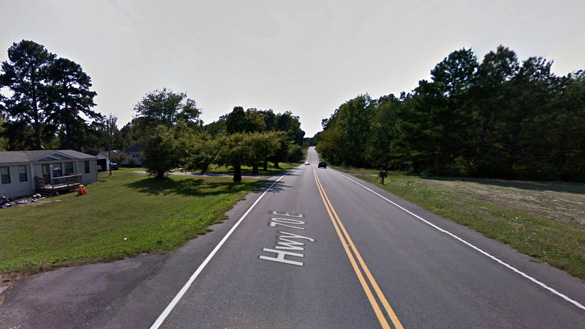 The witness stepped outside on the evening of January 15, 2015, and saw multiple triangle-shaped UFOs in the sky. Pictured: Cedar Grove, TN. (Credit: Google Maps)

The reporting witness, age 14, and his 12-year-old brother, stepped outside after a recent snowfall about 9:30 p.m. on January 15, 2015, when triangle-shaped objects were first seen in the sky overhead.

“They had two red lights on the back corners and one white light in the front corner,” the reporting witness stated.

The witnesses then seemed to think that they were noticed on the ground by the objects.

“It was like they didn’t notice us and then they did. The objects were about 500 feet in the air and when they noticed us they came down to about 60 feet above us.” 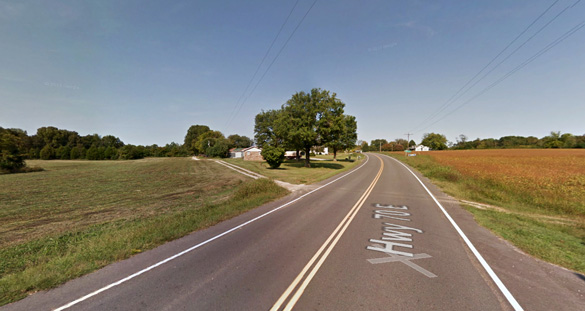 The witness believes that the objects noticed him and his brother on the ground. Pictured: Cedar Grove, TN. (Credit: Google Maps)

The witness said his dog lowered his head as though something was bothering him. He described the objects.

“The objects made no sound at all. They stayed about 50 yards away and circled us. There was about three of them.”

Then a second, orb-like object appeared.

“This went on for about 10 minutes and then a white orb lit up about 20 feet over us and zipped off about 20 feet and disappeared.”

The younger brother became afraid and moved toward the house, but had another encounter along the way. 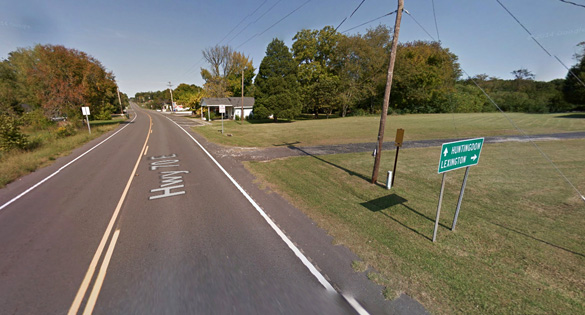 A fourth object appeared overhead in the shape of an orb during the sighting. Pictured: Cedar Grove, TN. (Credit: Google Maps)

“After that my brother got freaked out and went back to the house and that’s when he saw a black, ape-like creature looking at us. He started yelling at me and that’s when it took off into the front yard and disappeared into the darkness. After this we went back inside and said we wouldn’t tell anyone.”

Back inside the house, the reporting witness was watching MUFON’s “Hanger 1: The UFO Files” on the History channel – which triggered him to report the sighting to MUFON.

The witness reported the incident on June 22, 2015. Tennessee MUFON is investigating. 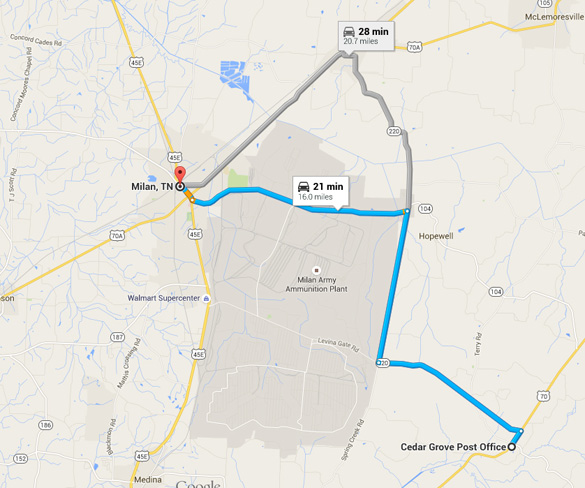 Cedar Grove is an unincorporated community in Carroll County, Tennessee, and is situated about 20 miles southeast of the Milan Army Ammunition Plant. Please remember that most UFO sightings can be explained as something natural or man-made. The above quotes were edited for clarity. Please report UFO activity to MUFON.com.