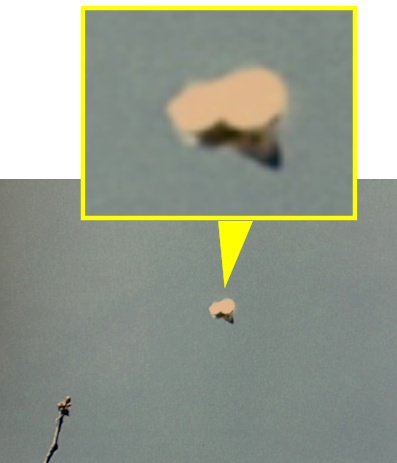 A UFO in Peterborough is causing a city photographer to scratch her head as she seeks to identify the mysterious object.

Wildlife photographer Sandra Stuteley was on a path near Orton Hall in Orton Longueville on April 21 this year when she thought she saw noticed a bird in the sky.

It was 11.48am when Sandra grabbed a few photos and thought nothing more of it until she looked through her snaps later on and realised there was a mysterious object in the sky.

‘UFO’ Photographed Over the Skies of Portsmouth (UK)