A video has been released of Russian archaeologists unearthing a skeleton with an unusual elongated skull on a site known as Russia’s Stonehenge. 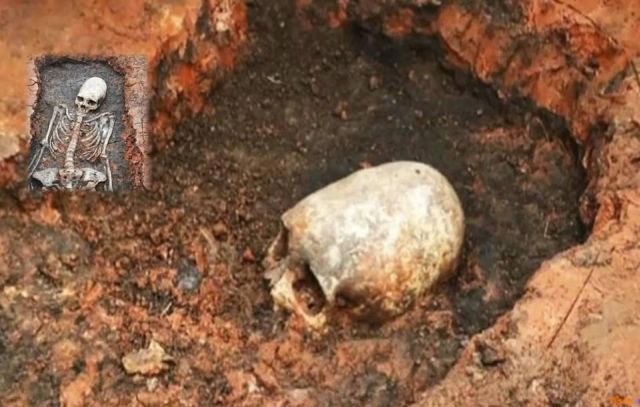 The remains were found in Arkaim, an archaeological site discovered in 1987, near Chelyabinsk in central Russia. Arkaim is known as Russia’s Stonehenge which is believed to have been built in the 17th century BC.

It is believed that ancient people have been used the site to study the stars, like the British Stonehenge.

According to archaeologists, it’s thought the bones probably belong to a ‘Sarmati’ woman living almost 4,000 years ago and her skull was elongated because the ancient Sarmati tribe did so by tying up the heads of their children with rope which was an tradition the tribe.

However, ufologists claim the skeleton with its elongated skull are the remains of a humanoid figure and similar to that of the about 3,000 years old Paracas Elongated Skulls in Peru.

Initial DNA analysis of the Paracas elongated skulls has revealed that they may not have come from humans, but from a completely new species.

Therefore, is it possible that this skeleton with its elongated skull belongs to the same group of the ‘Paracas’ species that once visited Earth?