A possible extraterrestrial probe has been caught on the red planet by the Mars Curiosity Rover. 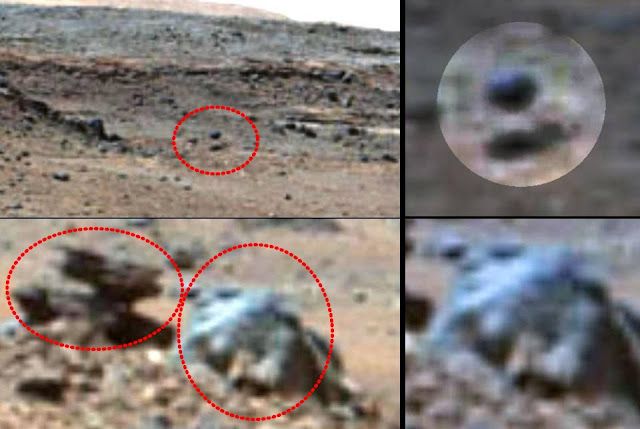 The object which was snapped near mount sharp has a clear spherical design and also appears to be levitating above the Martian surface.

It would also be logical to assume considering our own interest in this mysterious planet that an advanced alien species could also be sending out robotic probes to various planets throughout the universe.

On the raw NASA image, besides the possible alien sphere, you can also see a strange figure, what appears to be a crouching creature, while next to the creature a kind of statue that shows the head of an animal. 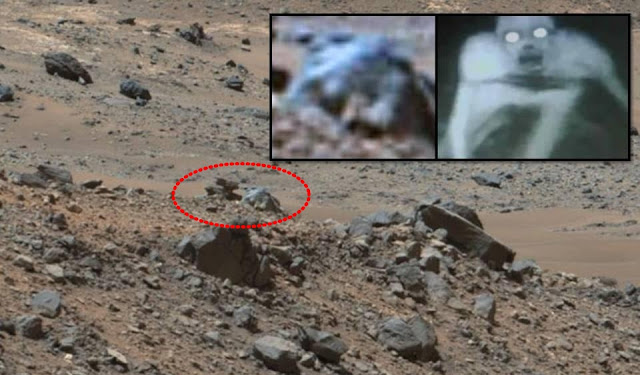 The strange creature on Mars reminds us the eerie creature photographed by a wildlife cam in Berwick, Louisiana in 2010.