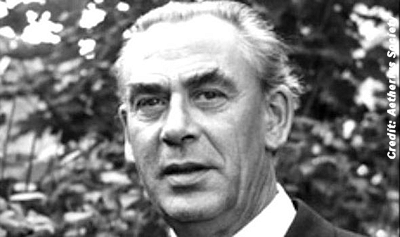 SPECIAL branch operatives tailed a UFO cult leader who said he was in telepathic contact with aliens, it emerged today.

The former London cabbie claimed he could communicate with an alien called Aetherius, who was orbiting Mars.

In another of his freakish outbursts he warned the public that space travellers from Venus were already living among them.

However, it has now emerged that detectives from the Metropolitan Police feared his zany antics may have been an elaborate front for Soviet moles.

They launched a five-year surveillance operation into his activities, which was revealed for the first time today after Scotland Yard unsealed top secret documents . . ..