Residents of Osaka, Japan, are speculating on 10 lights videotaped over the city recently.

Multiple television stations have run the video and thousands have seen it on YouTube. In the video, bright spheres of lights can be seen in the daytime moving over the city. 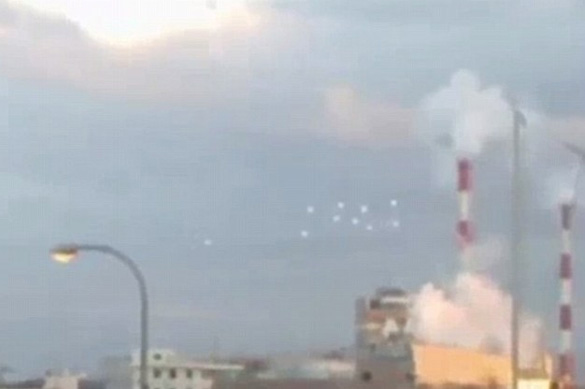 Residents of Osaka, Japan, are speculating on what the 10 bright spheres were that moved over the city recently. (Credit: The Daily Mail)

The Daily Mail reported that “the 10 lights seem to dance around from one side of the skyline to the other in the video that lasts more than two minutes.”

According to YouTube poster TVE24HD, “The 10 white circular balls floating in the sky above Osaka are quick moving and dance around.”

The YouTube posting states that the unusual white lights are similar to those spotted above a Blur concert in Hyde Park, London, in June. 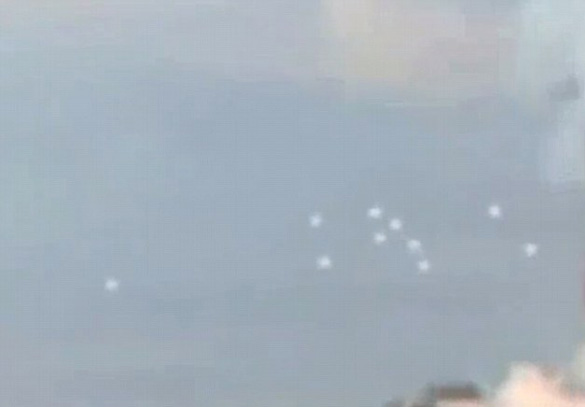 The 10 white, circular balls seems to move in a cluster. Some are comparing this video to a June sighting over Hyde Park, London. (Credit: The Daily Mail)

“But in the London sighting the lights hovered in the sky for just a brief moment before they suddenly disappear into thin air, just as quickly as they came.”

The lights are moving slowly across the sky in a cluster near what appears to be a factory. There is no sound on the YouTube video and the witness who shot the video is not named. The Hyde Park video does appear to be simply a reflection of lights from the stage.