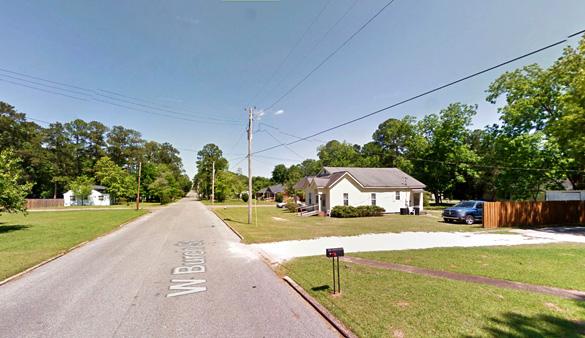 The reporting witness was sitting outside facing the southwest watching his dogs when he first noticed a passenger jet traveling overhead and moving from the southwest to the northeast.

“As the airplane was passing you can hear the thrust of the jet in the distance,” the witness stated. “The airplane’s altitude was approximately 27,000 to 30,000 feet and it was leaving a contrail in its wake as it passed overhead.”

The witness watched the airplane’s trajectory and contrail for approximately two or three minutes.

“Something caught my peripheral vision on my right side and I noticed that something else was in the sky following the passenger jet airplane. I immediately called my wife from the bedroom where she was changing from her work clothes to lounging clothes. I wanted her to confirm to me that I was not seeing things or my eyes were playing tricks on me.”

The witnesses’ wife stepped outside and he asked her to explain what she was seeing in her own words.

“The object was approximately three and-a-half miles behind the jet airplane and traveling at approximately 13,000 to 15,000 feet in altitude and following the same trajectory as the passenger jet.” 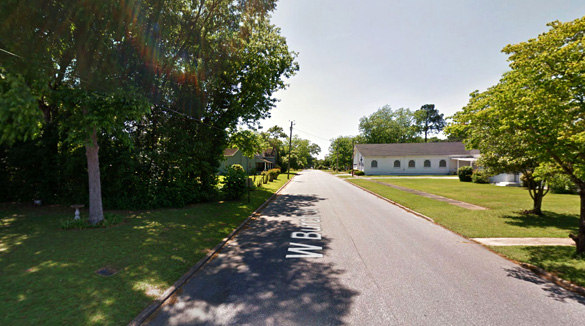 The witness and his wife received a telephone call from their son who lives nearby saying there were two additional triangle-shaped crafts in the area. Pictured: Hartford, AL. (Credit: Google Maps)

While they watched both the jet and the UFO, the witness called his son who lives six houses down on the same street asking him to step outside to view the object.

“The object was still traveling as if in tow towards the jet airplane’s direction.”

But the son called his parents back with additional news on more UFOs in the area.

“Our son called us back from his cell phone and informed us to look back towards his residence as there were two more triangular, white or silver metallic objects traveling at the same altitude and trajectory as the first object pacing the passenger jet airplane.”

All of the objects were traveling at the same distance and speed and approximately four to five miles apart.

“These objects were like the first triangular object in which they too made no noise, had no markings, left no contrail and had no wings or rotary devices attached to them, either. All three objects were all similar in shape, height, color and descriptions.”

The witness described his professional background.

“I am 48 years old. I have a BS-CJ and a MS-SHRM from Troy University. I am retired from the United States Military, ARMY. I held a (TS/SBI w. SCI Access) Top-Secret Security Clearance with access to Sensitive Compartmentalized Information and was read-on in the (PRP) Personnel Reliability Program for the Confirmation, Authorization and Release of Nuclear Weapons. I also served as a COMSEC (Communications Security) Security Officer for Confidential and Above Top Secret items and documents for a nuclear weapons site. I was the trainer, tester and certifying officer for more than 40 military police and over 100 host national security forces in emergency training and duress procedures.” 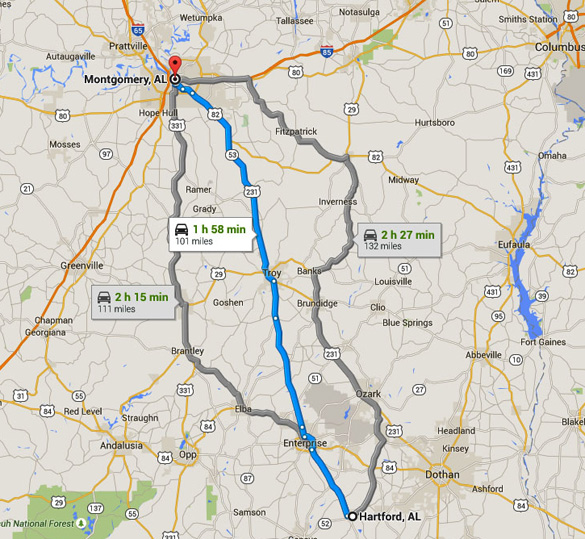 Hartford is a city in Geneva County, Alabama, population 2,369. Please remember that most UFO sightings can be explained as something natural or man-made. The above quotes were edited for clarity. Please report UFO activity to MUFON.com.