An Oklahoma witness near Tulsa reported watching and videotaping a cigar-shaped object “descending in the western sky,” according to testimony in Case 69200 from the Mutual UFO Network (MUFON) witness reporting database.

“I was driving home from work on Highway 169 northbound,” the witness stated. “I noticed it slowly descending in the western sky during sunset. It was falling slowly enough to catch my attention.”

The witness pulled out his cell phone, took a photo and then began recording video. 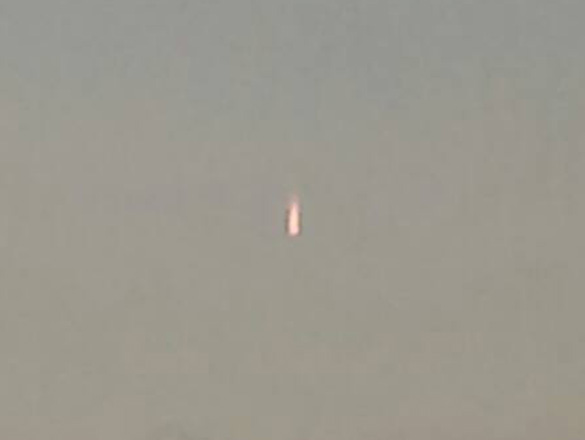 “I recorded it for a little over two minutes. When I got home I showed it to my wife and she could not identify it. I posted it the next day on Facebook. It attracted lots of attention. Multiple people recommended I report it to this site. It may simply be a passing comet, however it’s glow never dissipated and it did not give off a tail/trail behind it.”

The case was investigated by Oklahoma Field Investigator Eugene N. Zavodny who closed the case as an Unknown.

“Photo and video were made with a Samsung Galaxy S3 cell phone,” Zavodny stated in his report. “The photo was taken while the witness was driving north on U.S. 169 at approximately 41st Street S. Neither the photo nor the two minute video has sufficient resolution to make out any details on the object.” 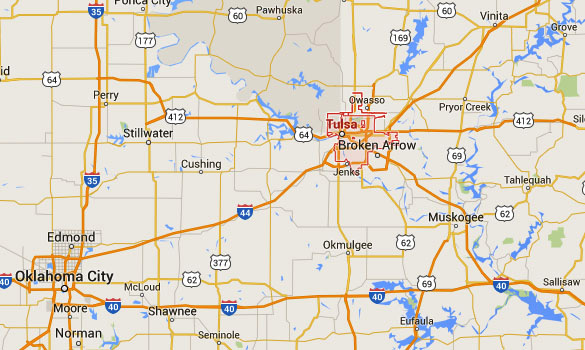 “It appears to be cylindrical with the axis vertical; the length about three times the diameter. The top end of the object was not sharply defined.  Because the video was taken with the car moving it is not possible to tell if the object was moving other than that it was slowly descending. The object was behind scattered low clouds, indicating that it was a considerable distance away. The witness lost sight of it when it descended enough to be behind buildings and trees.”