A strange event took place in the skies above Indianapolis on August 8, 2015. 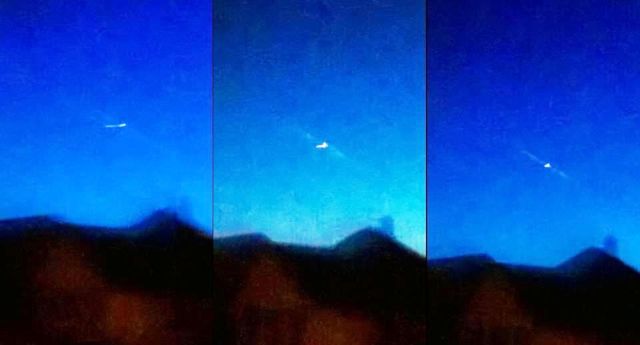 Witness: On August 8, 2015, I was walking out the house to a friend’s house and as I’m walking around the corner I look up and see a bright light shaped like a triangle hovering maybe no more than 1000ft off the ground.

I didn’t really have to think much about what it was cause there was nothing else in the sky so I stopped for a couple minutes and just watched it hovering slowly moving farther away.

I’ve seen videos of UFOs disappear in a second so I quickly took out my phone and took some pictures of it, by that time I was already at my friend’s house the triangle object was gone. Mufon case 69633.

Note: If we take a look at the three enlarged images of the object, it looks as if it changes shape before it hovering farther away. 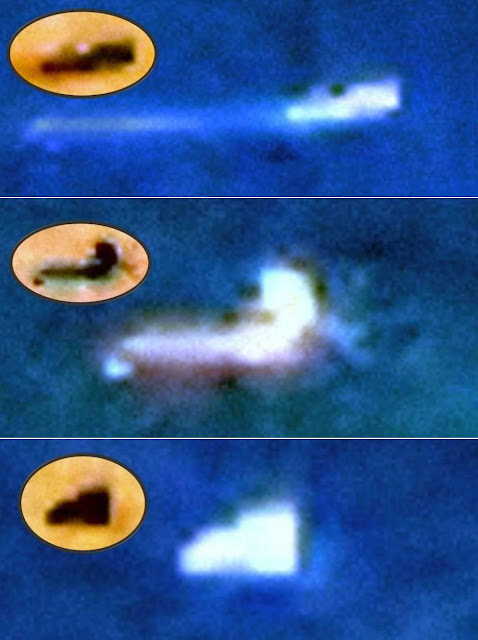