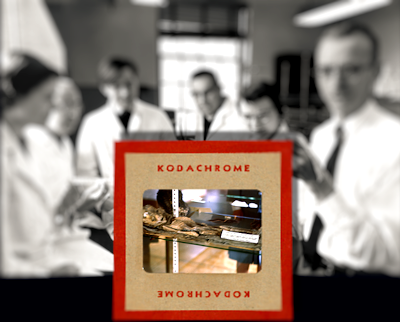 Since we have been repeatedly given the “facts” of the mummy as established by Richard Doble and are told that no other scientists, anthropologists or archaeologists would go on the record, I thought it time to challenge this bit of misrepresentation. As I have noted, when we are told that no American anthropologists would go on the record, it might mean that none would go on the record based solely on examination of the slides. They wanted additional information and I don’t see that as an unreasonable request. In fact, it sounds just like the question a scientist would ask when presented with something like the Roswell Slides.

But that is only part of the story. There have been statements by recognized scientists concerning what is shown in the slides. Tim Printy has published information about this, much of it found by Philip Mantle. Printy’s article can be found here.

But for those who don’t wish to access all the information provided by Printy, here are the germane points:

Dr. Daniel Antoine, Institute for Bioarchaeology – Curator of Physical Anthropology: Based on the photograph, this appears to be the mummified remains of a very young child. The mummification process is likely to have been natural (i.e. buried in a very hot or arid environment) but it may also have been intentionally embalmed.

François Gaudard, University of Chicago: To me it looks indeed like a mummy: the mummy of a child. The item on the other side of the mummy appears to be remnants of mummy bandages, but it is difficult to tell for sure. However, since some parts of the mummy look a little shiny, for example, the right hand and just below the ribs, it makes me wonder whether it could be varnished or made of plastic? And also why is the text on the label not visible as if someone was trying to hide something? [This is an accurate statement. Someone was trying to hide something.]

Frode Storaas, University Museum of Bergen: This seems to be a mummy, but not from old Egypt. Mummies are found many places. The photo indicates that this mummy is exhibited, or stored, somewhere and by someone who probably can tell more. [Should I point out here that this is right on point. That documentation exists.]

Dr. Suzanne Onstine, University of Memphis: It does appear to be human remains (and likely a child), although the photo is too blurry to tell if artificial mummification procedures were done. It is certainly possible the body was naturally mummified due to dry climate and soil. That kind of thing happened all the time in many cultures.

S.J. Wolfe, Director of the EMINA (Egyptian Mummies in North America) Project: Okay, it is a mummy, but very hard to tell if it Egyptian, South American or European. I see no wrappings of any kind, it appears to be a child or youth. Do you have a provenance on the slide??? That may help the determination.

Dr. Ronald Leprohon, University of Toronto: Where was this shot taken? It looks like a museum. What did the label say? Did you ask the folks there? I’m sure they’d have information on their displays. It certainly looks like a mummy but it’s pretty blurry so it’s difficult to see properly. Sorry I can’t be more helpful, and good luck in your quest. [A really astute comment by someone who only had a scan of the slide to examine.]

Dr. Patricia Podzorski, University of Memphis: Based on the image you sent, it appears that what you saw is the preserved remains of a human body, or a good imitation thereof. Since no wrappings are clearly visible in the photo, I can not determine the culture (Egypt, Peru, Asia, North America, etc.) or the date/ period (ancient or recent) of origin. Given that the head is turned slightly to the side and the color, it might not be an unwrapped ancient Egyptian mummy, but I am not able to be certain based on the visual information.

Salima Ikram, American University in Cairo: I confirm that the photo is of a mummy of a child, possibly Peruvian or even Egyptian. [Another scientist who was to accurately identify the remains from the slide without going off into the extraterrestrial.]

Denise Doxey, Curator, Ancient Egyptian, Nubian and Near Eastern Art. Museum of fine arts, Boston: Yes, that would appear to be the mummy of a small child.

As I have noted, Philip Mantle was the man responsible for interviewing these people and getting their statements on the record. All that can be found here.

Given all this, I hope that we can now move beyond the claims that other scientists, versed in the necessary disciplines, have not gone on the record about this. It is clear that their opinions are more informed than that of Doble. The trouble for some commenters here is that they agree with what Doble said and ignore everything else. It seems to me that there are many arrayed on the side of the image being an unfortunate human child based on their examination of the scans available and a few who are sticking to the idea it is alien while ignoring all the other documentation, photographs and evidence. For those unable to understand it, these are the remains of an unfortunate child. There is nothing alien about it.

BEWOEFUL: The Death of The Roswell Slides