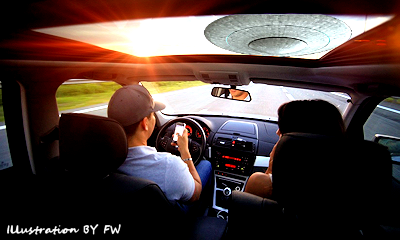 Editor’s Note: The documents cited in the following article were
uncovered by researcher and regular contributor here, Paul Dean.

IF you happen upon a weird flying object, possibly not of this world, do not bother calling the air force.

WHERE once the RAAF would investigate reports of unidentified flying objects (UFOs) – which it terms unusual aerial sightings (UAS) – it now refers such reports to specialist UFO watchers.
That is unless it has defence, security or public safety implications, which could include crashing aircraft or space debris falling to earth.

Defence instructions relating to UAS – released under freedom of information and published on the defence website – say its UFO function officially ended in 1996.

“Scientific records suggested there was no compelling reason for the RAAF to continue to devote resources to recording and investigating of UAS,” one document says.

But that apparently has not got through to the public, with the RAAF issuing fresh instructions to duty officers at air bases such as Richmond.

“Members of the community who seek to report a UAS to RAAF personnel will be referred to a civil UFO research organisation in the first instance,” it says in a document dated July 2015. It provides a list of known UFO organisations.