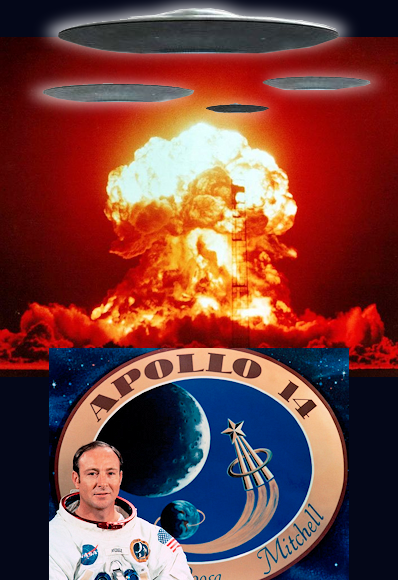 Edgar Mitchell, the 6th man to walk on the moon, accuses
a British paper of fabricating a story about ETs saving America.

Few people are surprised by the eye-popping headlines in The Mirror. But when the infamous British tabloid quoted astronaut Edgar Mitchell as saying that “UFOs came in peace” to “save America from nuclear war,” it shocked everybody — including Mitchell.

“I don’t know where The Mirror got the story,” Mitchell, 84, said in an email to The Huffington Post, accusing the paper of fabricating his quotes and denying that an interview for this story ever took place.

The sixth man to walk on the moon has been outspoken over the years in his belief that extraterrestrials have visited the Earth and the moon — and that the government is withholding vital information about UFOs. Still, Mitchell insists the Aug. 11 Mirror story has no basis in the truth and disavows the information in it. […]