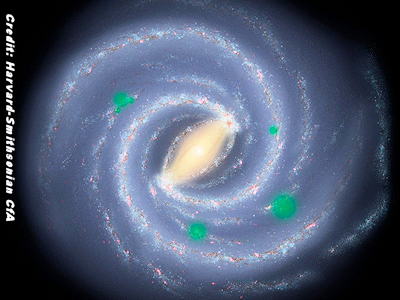 If alien life is distributed in a pattern that mirrors epidemics,
it could be strong support for the theory of panspermia

Finding alien life, be it microbes or Vulcans, would revolutionize our understanding of our place in the universe, not only because we would no longer be alone in the galaxy, but also because it may help us figure out the origins of life on Earth.

Panspermia is the theory that the seeds of life somehow came to our planet from another world. The idea is controversial at best—most biologists would tell you that it just pushes the problem back a step, because we still wouldn’t know what sparked life in the first place. And so far, there’s little reason to think life on other planets should be anything like what we see on Earth.

Now Henry Lin and Abraham Loeb of Harvard University say that if we do see evidence of alien life, the distribution of inhabited planets would be a “smoking gun” for panspermia. According to their model, if life arises on a few planets and spreads through space to others, inhabited planets ought to form a clumpy pattern around the galaxy, with voids between roughly spherical regions. This bubble pattern appears no matter how the distribution happens, whether its aliens traveling by spaceship or comets carrying life’s building blocks. […]