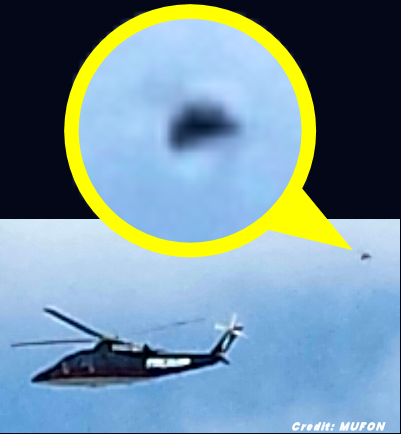 […] a UFO was reported following Donald Trump’s helicopter earlier this month at the Iowa State Fair.

Trump was at the fair Aug. 15, offering kids a free ride on his chopper. At 1 p.m., an onlooker snapped a picture (see above) that later revealed an unusual-looking object in the sky.

“We were walking down the street to the fair. Donald Trump’s helicopter was flying overhead so I got my phone out and snapped a picture,” according to an unnamed witness who submitted the photo, which became Case 69530 in the Mutual UFO Network database. […]