On august 30, 2015 the ISS Live Cam recorded an unknown huge orange spherical object which slowly appears next to the International Space Station.

After about four minutes, the object slowly fades away. 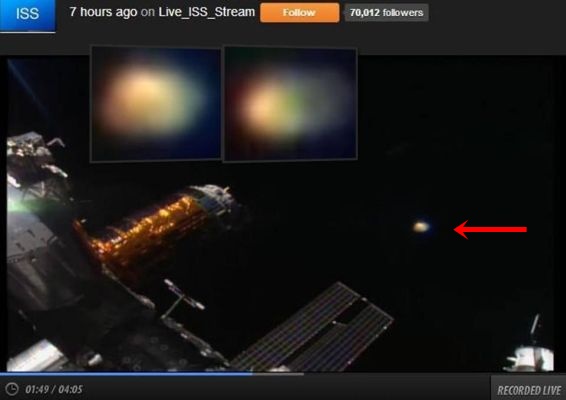 A few days earlier, the ISS live cam recorded another strange phenomenon which we have reported in our article: Huge Beam of Light appears above Earth.

Below the footage of the orange sphere directly from the ISS live feed.

Broadcast live streaming video on Ustream Thanks Sjaan.
In case the live stream video is not working, please click the link below to see the footage.
http://www.ustream.tv/recorded/72033208/highlight/651301