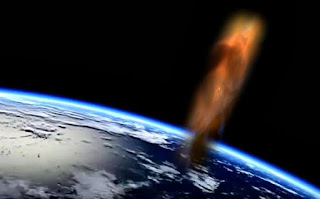 In September, Europe’s Large Hadron Collider (LHC) which is composed of some 9,600 super magnets, which are 100,000 times more powerful than the gravitational pull of Earth, will smash together sub-atomic particles at nearly the speed of light, an unprecedented experiment that has some of the leading voices in the world of science – and religion – sounding the alarm on the risks involved.

CERN is perhaps most famous for its discovery in 2012 of the elusive Higgs Boson [named after British physicist Peter Higgs who predicted its existence in 1964], the so-called ‘God particle,’ which allows other particles to build up mass as they pass through the Higgs field.

Today, however, CERN is more famous – or perhaps infamous is the better word – for an upcoming experiment in which scientists will play God in an effort to recreate the conditions immediately following the ‘Big Bang’ event that gave birth to the Universe millions of years ago.

Physicists are concern that the Large Hadron Collider may open a portal or may create a “door” to another dimension and that something might come of that “door”.

In the video below Jim Staley points these things out.

Did you know that the Large Hadron Collider is built on the site of an ancient town that was dedicated to “Apollyon” in Roman times!