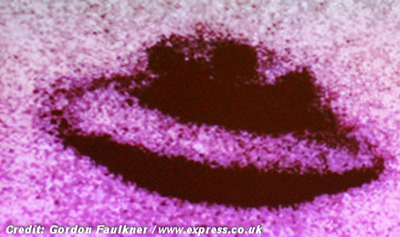 It stopped cars in their tracks, killed birds, terrified children and sparked reports of strange humming noises, tremors, lights, crop circles, UFOs, and even alien abductions – so just what did happen in a small leafy Wiltshire town?

Fifty years on and the people of Warminster still want answers over the mysterious outbreak of UFO sightings that propelled the country town in the south-west of England onto the national stage in the 1960s.

On August 17, 1965, a “detonation noise” rocked houses on the town’s Boreham Field housing estate before a “monstrous orange flame was seen in the sky, crackling and hissing”.

There were also reports of strange sounds killing flocks of pigeons that year, as had also been claimed 12 months previously in 1964.

The phenomena then became known as the ‘Warminster Thing’ after scores of townspeople reported in late 1965 seeing an array of inexplicable sights in the sky, accompanies by noises and odd occurrences.

UFO, Known as ‘The Warminster Thing’ Immortalised in a Mural

‘How UFOs Conquered The World’ – A Critical Review