The latest image published on SOL 1089 taken by the Curiosity Mars Rover shows what appears to be a “floating spoon” in mid-air. 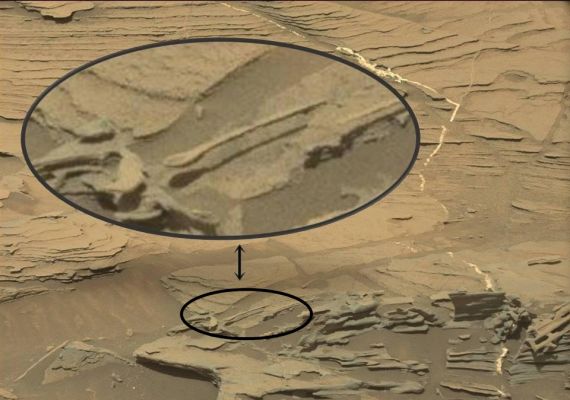 The strange feature was discovered by a member of the UnmannedSpaceflight.com.

Of course, it could be a trick of the light, creating what appears to be a shadow beneath the “spoon,” but looking at the direction of sunlight on the surface in this Curiosity observation, it appears as if it has been carved out of the sedimentary rock and aligned with rocky layers that can be seen tracing lines across the dusty surface reported NewsDiscovery. 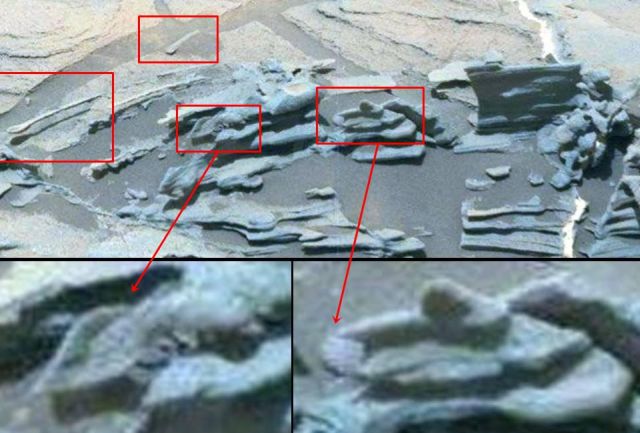 Another trick of the eye or the ‘Spoon’ and the ‘Rocks’ are the remains of an ancient housing complex? Meanwhile scientists have dismissed “The Spoon” as a classic case of pareidolia.