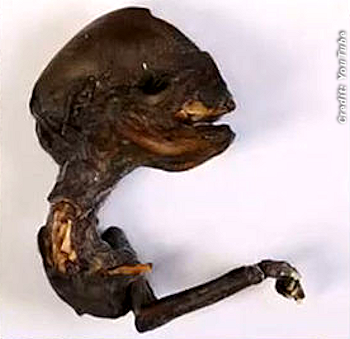 Someone found a weird, shriveled animal corpse near a Russian nuclear power plant, so now it’s an alien. Seriously, Internet?

[Sorry, there probably isn’t life on Rosetta’s comet — even if ‘scientists’ said so]

Adding fuel to the fire, unfortunately, is a Russian biologist. Yegor Zadereev has announced — quite reasonably — that he isn’t sure what kind of animal the decrepit little creature is.

This happens periodically: Something a little weird is found, scientists are “puzzled” over it, and the conspiracy theorists go nuts. […]