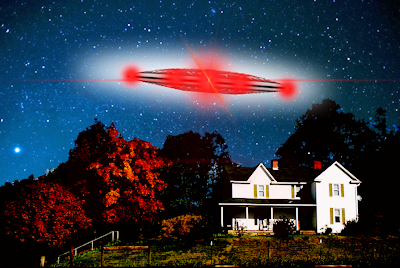 […] Fifty years ago, a frightened 18-year-old high school graduate and future Navy seaman named Norman Muscarello told police he had seen an unidentified flying object. The event that became known as “The Incident at Exeter” sparked an Air Force investigation and became one of the nation’s most celebrated and scrutinized sightings.

The Exeter UFO Festival that runs through this weekend brings together a gathering of notable UFO-logists, true believers, skeptics and the merely curious to raise money for kids’ charities and talk about just what the heck happened that night.

Bill Smith, president of the Kiwanis Club of the Exeter Area, said the festival was the brainchild of Dean Merchant, a Kiwanian and UFO enthusiast and researcher.

“He just was fascinated as to just what happened 50 years ago,” Smith said. “He was saying, ‘Nobody talks about it anymore. Nobody recognizes the significance of the event anymore.'”

Exeter UFO Festival Could Be Out of This World