If you live in Florida you’d be forgiven for momentarily thinking that the world was going to end earlier this week – or, at least, that someone extra special was about to visit our planet.

Locals witnessed a spectacular and highly unusual blue teardrop slowly moving across the sky during the early hours. 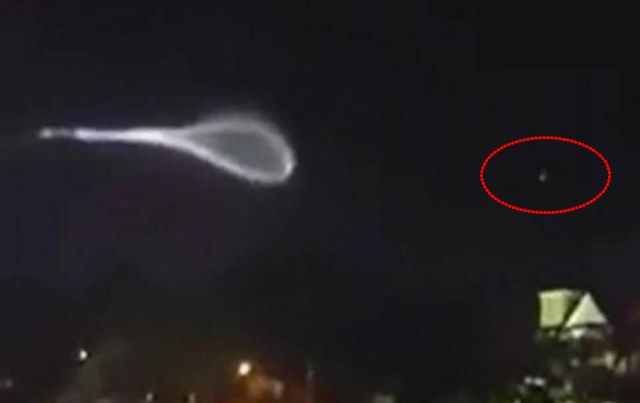 Sadly, the truth isn’t that exciting.

The object was, in fact, an Atlas V rocket taking a US Navy military satellite into space following launch from nearby Cape Canaveral in the early hours.

The most interesting object in the frame was to the right of the plume. The orb stays in one spot until it slowly floats down toward the Atlas Rocket Plume!