Solar activity is very low. Not one of the small sunspots currently dotting the solar disk is actively flaring. As a result, the sun’s X-ray output has flatlined.

NOAA forecasters say the odds of a strong solar flare on Sept. 9th are no more than 1%. Aurora alerts, however last night strange blood red auroras were seen from Canada all the way down to the Virginia. 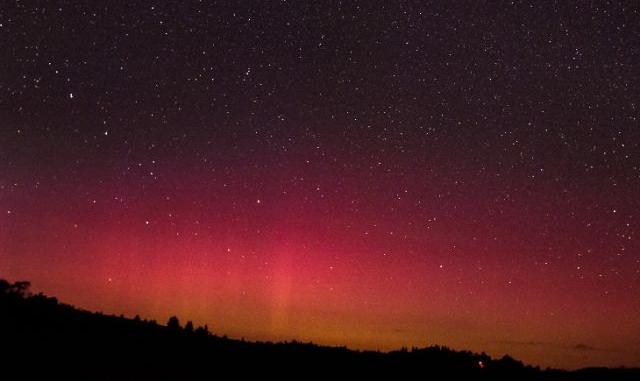 Some researchers believe the red lights are linked to low energy electrons from the sun, which move too slowly to penetrate deeply into the atmosphere. When such electrons recombine with oxygen ions in the upper atmosphere, red photons are emitted.

It is noteworthy that CERN has been active around the same time. According to BPEarthwatch, CERN is responsible for the crack in Earth’s magnetosphere allowing radiation to pour in.

Whatever causes red auroras, it remains a mystery so far.