A man has captured the moment he spotted an unidentified object in the sky near his home on the Sunshine Coast on September 9, 2015.

Joshua Ross seen the white glow in the sky above a house and filmed it on his phone. 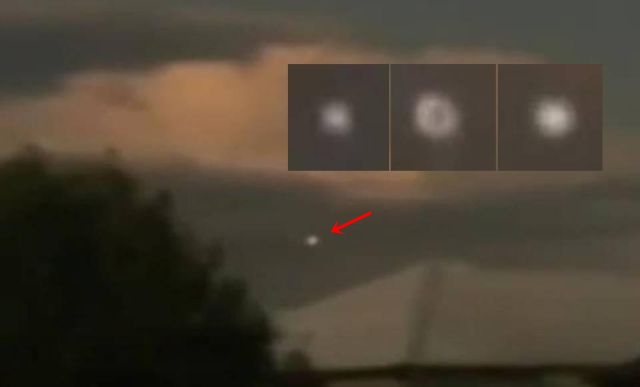 Astronomers explained the object was most likely a small meteor and the hovering effect was due to the cloud cover but I doubt if it was really a meteor because if you look closely at the start of the video and at around the 0.08 mark, you’ll see that the orb changes into a doughnut-shaped orb. Then it changes again into an orb and disappears at high speed.