A North Carolina witness at Lenoir reported watching and videotaping a bright, circular object that could not be identified, according to testimony in Case 65773 from the Mutual UFO Network (MUFON) witness reporting database. 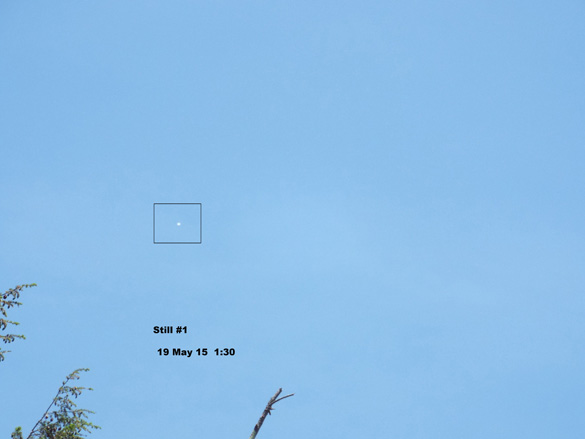 “I sat and watched for a period of approximately five minutes,” the witness stated. “During this time the object moved left and then moved right past the original spot, and then back to center. I first thought balloon, but concluded it was not based upon movement.”

The witness ran into his home for a video camera, but soon realized he had forgotten the memory card, and went back inside to retrieve it, bringing two people back outside with him.

“The object had completely shifted location. At this time we struggled to get a clear video of the object as it would not focus on the background, only the foreground trees. I am a former meteorologist – Navy, this object did not demonstrate the characteristics of an airplane or balloon…and there are no weather stations in this area that I am aware of, Lenoir, NC region.” 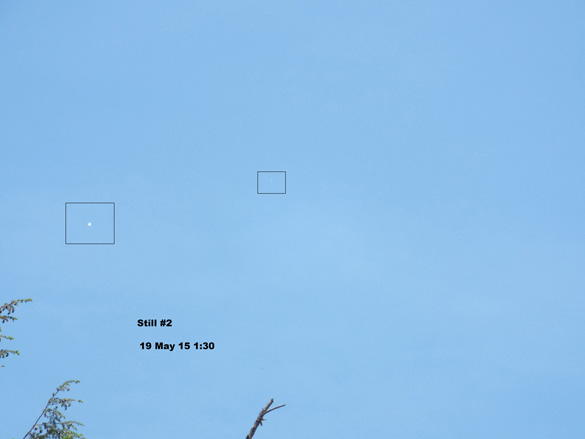 “The object moved in various paths, sometimes motionless, seeming to hang in mid air, making abrupt and erratic movements. I also managed to snap several still photos, in which we discovered another smaller object in the general vicinity of the larger. While observing, I noticed a plane go by east to west, and this plane was oddly dark in color and flying at a low altitude. I then refocused on the object. I noticed another plane on a higher altitude leaving a contrail.”

The witness looked away from the object momentarily and it was gone. 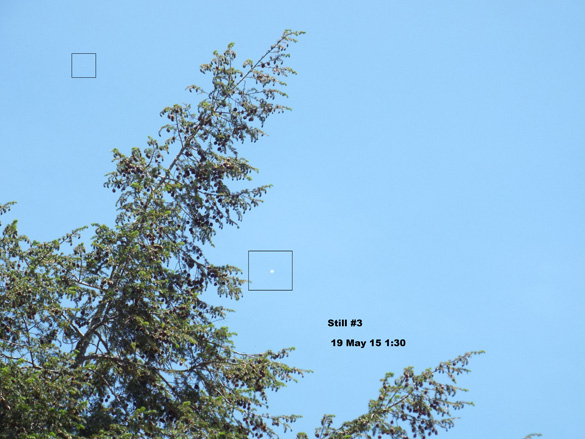 “I swung the camera to the plane for approximately 10 seconds. Turned to view the object again and it was gone. After observing and recording this object, I was certain this was something outside of the normal. This filled me with excitement at having been looking in the right place at the right time.”