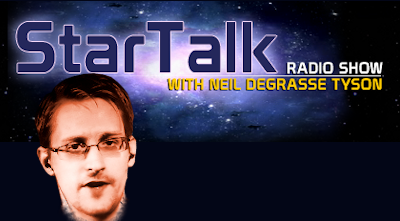 Editor’s Note: In Neil deGrasse Tyson’s most recent podcast episode of Star Talk, his special guest was Edward Snowden who appeared via a robot video link called a “beam remote presence system.” In addition to what listeners have come to expect with Snowden interviews, e.g., NSA, CIA minutia etc., the conversation turned to “aliens,” or more accurately, alien and human communications and why they (alien) might get overlooked by means of encryption–FW.