On September 19, 2015 yet another unknown object that got pulled back to earth by gravity and burning up in the atmosphere, filmed in the sky over Snowflake, Arizona.

At around the 0.40 mark you can see that something strange appears in front of the burning object what seems to be a blinking dot ‘UFO” moments before the object breaks apart. 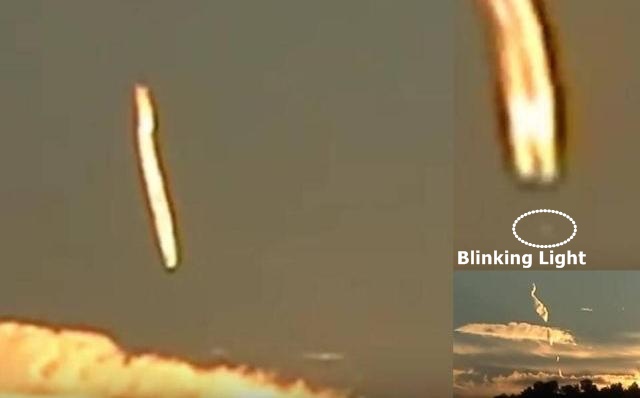 The burning object is the second strange sky phenomenon in the sky over Arizona within a couple of days.

A few days earlier on September 15, 2015 at approximately 6:30pm MST what appeared to be a ‘Quartzbow’ appeared in the SE sky of SE Phoenix Arizona.

Only problem was there was NO rain. It was a towering wall of ‘silica’ (sand/dust) directly opposing the sunset.

The interaction of the sunlight with the particulate matter, quartz/silica revealed the beautiful arch in the sky. It was sort of odd in a sense that we saw nor got one drop of rain and there was very little if any wind before, during or after this observation…not quite sure exactly what was going on here but I know it was not a traditional rainbow.