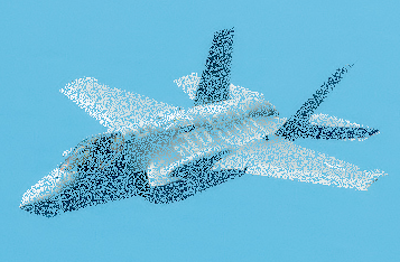 An academic says he and his colleagues have demonstrated a major breakthrough in the quest for invisibility, and he has the military’s attention.

Boubacar Kante, a professor at the University of California-San Diego, and his colleagues tested the first effective “dielectric metasurface cloak.” That’s a fancy way of describing a super-thin, non-metal material that manipulates electromagnetic waves, including visible light and radio waves.

Those electromagnetic waves and how they come off an object are crucial to the ability to detect it. Radar can’t detect a plane without radio waves bouncing back to a receiver, and seeing requires light bouncing off an object and passing into your eyeball. Manipulating those waves could, in theory, prevent detection, and in certain conditions, Kante said he can do that. […]

New Cloak Promises To Be Invisible To Electrons