A bizarre artifact has been found on the red planet by the Mars Curiosity Rover.

After studying the official NASA image I strongly believe that this artifact is possibly the carved top or lid of an ancient tomb. Possibly holding the remains of a Martian Knight or King. 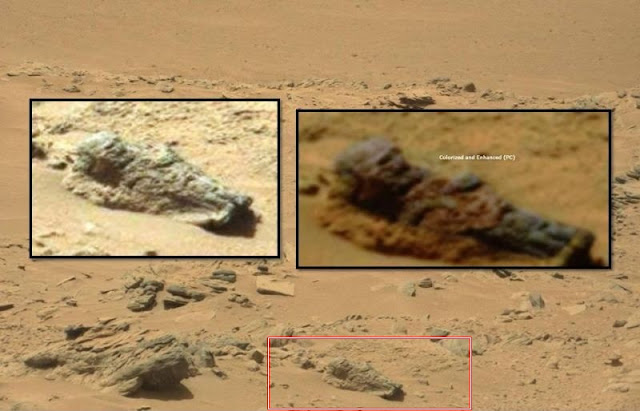 A photograph of the Martian surface that was taken by NASA’s Mars Exploration Rover Spirit during November 6-9, 2007 and beamed back to Earth” shows earlier Martian settlement.

The built structures found in the photograph include an image carved on the slab that resembles an Egyptian pharaoh and several large stone sarcophagi, including the ossuary of a king in the Egyptian style laid on a cliff top.

The video below shows the carved top or lid of an ancient tomb.

Additional, some interesting objects found in the latest images captured by Mars Rover Curiosity.
Image 1:
Head – Skeleton of a human-like being. 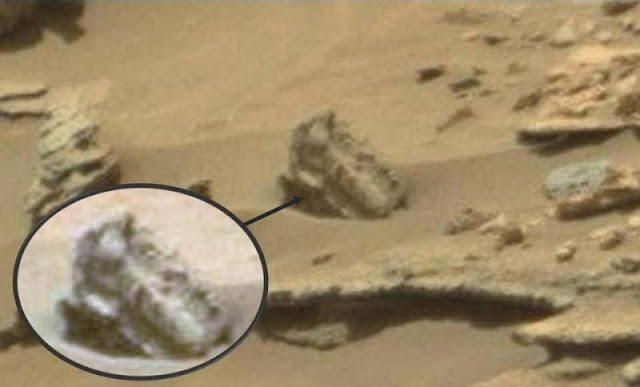 Image 2:
Statue of dragon besides an artificially made square/ entrance?
A strange anomaly what looks like an arm/hand and a medieval knight shield symbol carved on a wall, covered with sand. 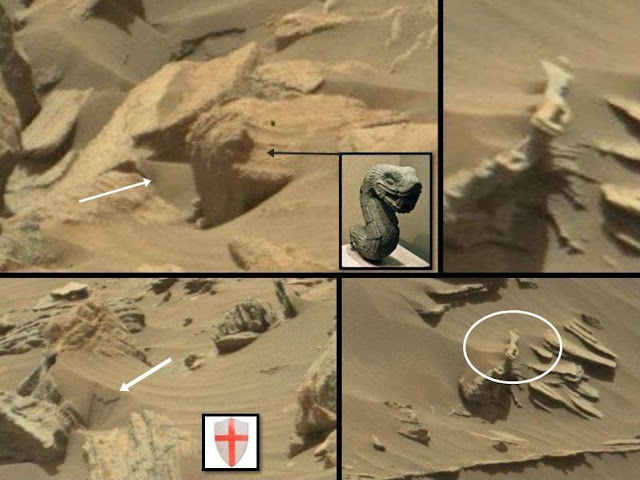 Image 3:
A statue resembles the ancient god Osiris and a stone block with pipe.

Image 4:
Alien with long arms sits on the ground. (See white arrow).
Furthermore, behind the alien you can see the faces of two persons, but it can also be a shadow that looks like two faces. (See red arrows). 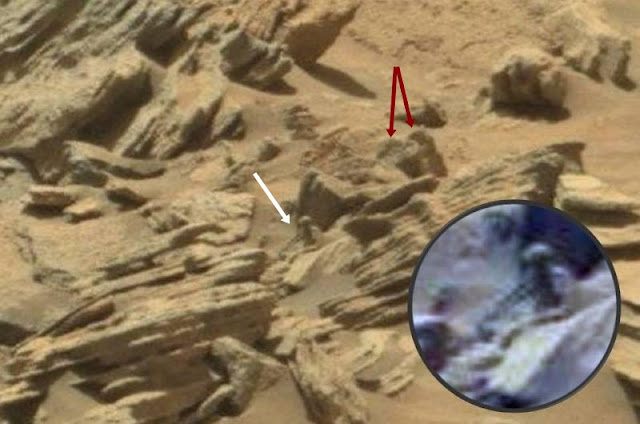