There’s some interesting reading in the articles below from Australian researcher Paul Dean about UFOs and the North American Aerospace Defense Command (NORAD) – mainly concerning their seemingly contradictory claims that they have ‘no present activity in investigating UFOs’ or that ‘no formal documentation’ is created by them.

Continuing on from my last blog post, “NORAD And The UFO Smokescreen: Part 1”, I will carry on presenting evidence, in the form of declassified documents, that the North American Aerospace Defence Command (NORAD) has been heavily involved in significant, inexplicable and unexplainable UFO events since its formation in 1957..

Also brought up are the subjects of JANAP 146 procedures and CIRVIS reports as well as info taken from official government documentation involved in cases such as the Flight JAL 1628 incident, the SAC Base flyovers and other historical cases – according to Mr Dean the documents ‘establish that NORAD, even so long ago, was very much concerning itself with serious UFO sightings made by US or Canadian forces, and any claims to the contrary are absolute nonsense‘.

[size=3]This blogpost is the third in a series which aims to link, through official and documented record, the UFO matter with the huge North American Aerospace Defence Command (NORAD). For over 50 years, NORAD’s stance on so-called “UFOs” – and I don’t mean merely stray aircraft – is that they know nothing, see nothing and hold nothing on record. However, myriad US military documents prove that NORAD has not been entirely honest. In this post I will highlight two especially unusual occasions where they were certainly involved. But, beforehand, if my readers need to catch up, Part 1 and 2 of this series can be seen here:

NORAD And The UFO Smokescreen

NORAD And The UFO Smokescreen Part 2

NORAD And The UFO Smokescreen Part 3

The infamous Bolender memo also gets a mention (which really does seem to fly in the face of the US Goverment’s claims that ‘No UFO reported, investigated and evaluated by the Air Force was ever an indication of threat to our national security’) and for those that are interested then this video featuring researcher John Greenewald Junior is also a classic and basically shows NORAD are lying through their teeth just by citing their own documents (the part where he nails NORAD about CIRVIS Military pilot UFO reports is around 0:15:00). 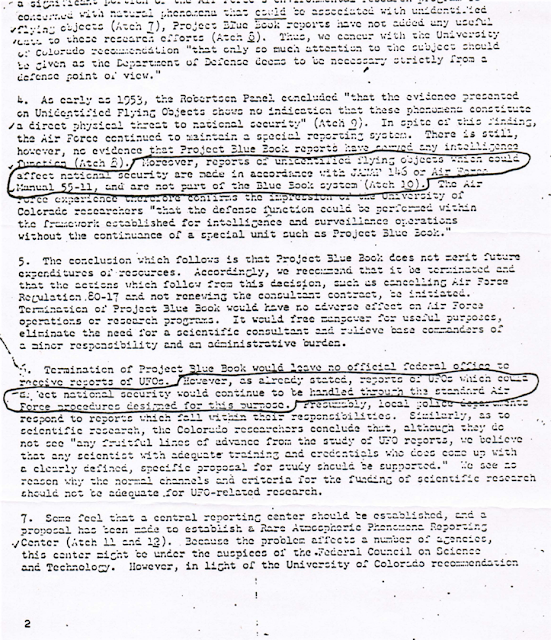 “Moreover, reports of unidentified flying objects which could affect national security are made in accordance with JANAP 146 or Air Force Manual 55-11, and are not part of the Blue Book system.”

“However, as already stated, reports of UFOs which could affect national security would continue to be handled through the standard Air Force procedures designed for this purpose.”