A strange unusual phenomenon what looks like a reddish star is filmed in the sky over Patras, Greece on September 23, 2015.

Below the reddish star is a beam of light between the clouds. It seems as the light emits the reddish glow. 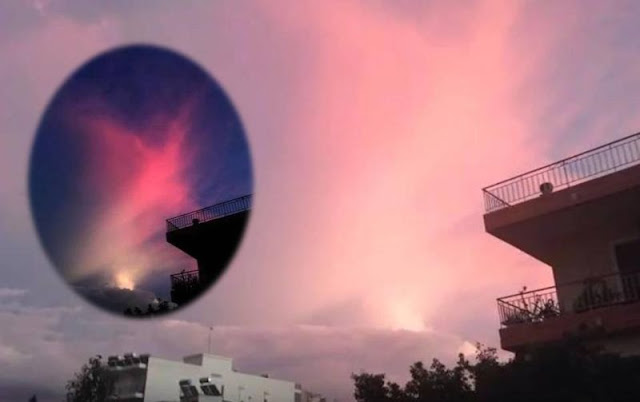 As global observations indicate that unusual sky phenomena continue to escalate in both frequency and intensity witness wonders if this strange sky phenomenon could be a sign?