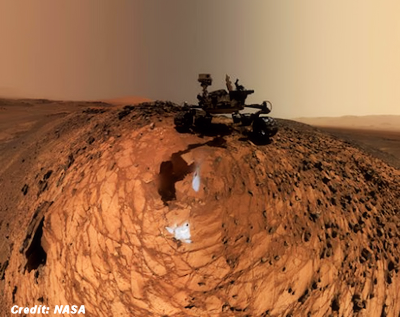 (CNN)NASA is tantalizing the world with big Mars news.

It says a mystery enshrouding the Red Planet has been solved.

The space agency is scheduled to announce a “major science finding” on Monday.

A special news conference is slated for 11:30 a.m. ET, and will be broadcast live on NASA Television as well as its website.

NASA on Thursday announced on social media that it would reveal news of a Mars discovery, sending space fans into a speculation frenzy. […]