Strange and unexplained events in the skies above California in the night of the Supermoon/Lunar eclipse.

Here are the witness reports:

Case 1:
I and a group of people from my neighborhood in Los Angeles, CA were gathered at a street corner in an attempt to view the Sept. 28 lunar eclipse and “blood moon” event.

We saw the lunar disc disappear and waited several moments for the next phase, but after about 20 minutes with nothing much happening, compounded by high clouds, all my companions departed.

I remained hoping to see the lunar disc return, but then noticed, in the darkness sky, a strange, faint cloud grouping almost directly across my viewing position and seemingly positioned above a house chimney.

I could just make up strange angles vary dissimilar from the other basically horizontal cloud formations.

Using my Samsung Android Note II cellphone I took several photos. Within a few minutes the “cloud formation” had dissolved.

Then when looking at the cellphone photos, it revealed a more detailed image including those that also showed a sharp beam of light seemingly emitted from the tip of the rocket shaped central body and a pair of what looked very much like large whale flippers protruding from its sides. 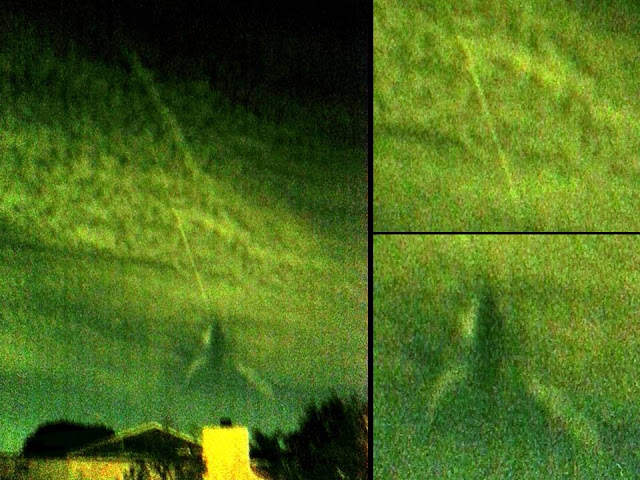 There were no sounds heard. Since distance was unknown, size was also unknown, though the impression was of large dimensions.

Many years ago I was a MUFON field investigator and had witnessed some anomalous events while serving in that function. I had not witness anything of this nature for quite some time. My objective impression was that it could be some compilation/visual trick of cloud and light interactions, but my subjective impression was otherwise… an anomaly of unusual proportions on several levels and certainly a pleasure to experience. Mufon case 70931.

Case 2:
Driving home after dinner with wife and baby… time was 8:40pm September 27, 2015 and while driving north on CA 133 from Laguna Beach CA to Irvine CA (Quail Hill) area, noticed a massive V shaped cloud over a what appears to be a very large area of southern Orange County.

My wife took several photos of which one has been included. I had to adjust lighting/contrast to get the V to become visible. The photo was taken with an iPhone and because it was dark outside, it is not too clear. 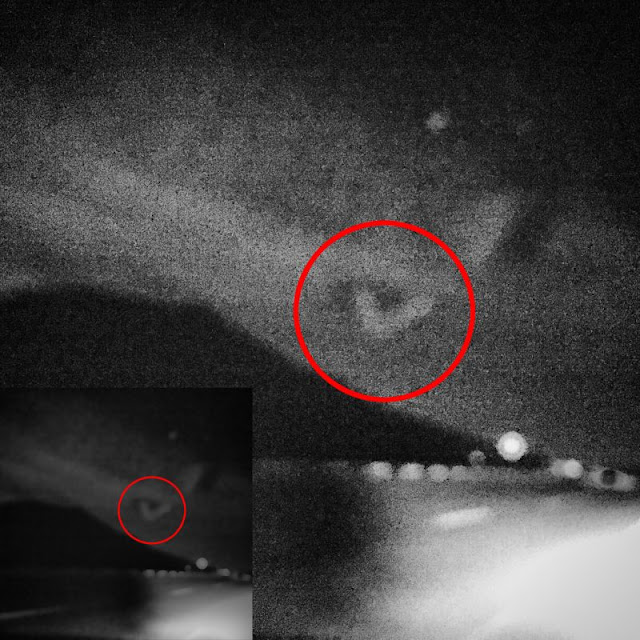 I observed the cloud for about an hour as it was stationery. Both sides of the V were identical in length and in thickness. The “cloud” seemed to be separated from surrounding clouds by a clear margin all the way around, as if the V was pushing aside all other cloud.

During the hour that I was watching the “V”, the low level clouds around it would change shape, move away, dissipate and do normal cloud things, except the “V” always stood still and always managed to maintain a margin of clear sky around it. Mufon case 70928. 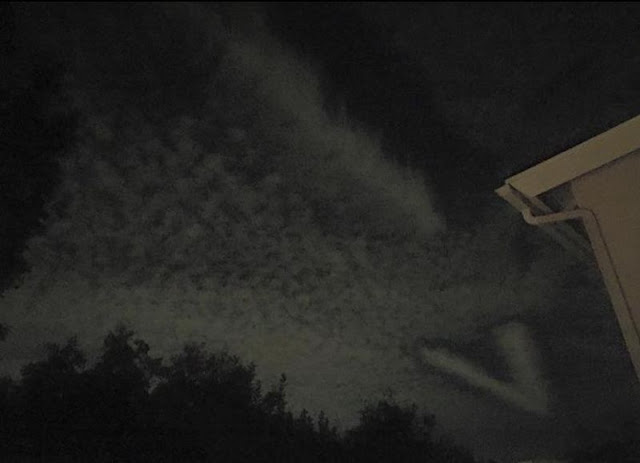 Also many people in the Orange (92869) area in California witnessed the mysterious V-shaped cloud (see image above) and images of the V-cloud were taken in Carson, California, see video below.