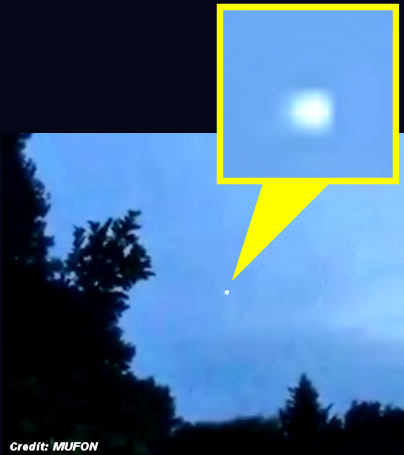 A North Carolina witness at Cary reported watching and videotaping a “star-like object” moving slowly from south to north making no sound that reversed course and moved back north to south, according to testimony in Case 67439 from the Mutual UFO Network (MUFON) witness reporting database.

The witness was outside loading items into a vehicle when the object was first seen through a gap in the trees about 8:57 p.m. on June 26, 2015.

“It had a star-like appearance and was moving slowly on an approximate south to north path approximately 35 degrees above the horizon,” the witness stated. “It had the same approximate brightness as a nearby star which I believe to have been Jupiter.”

The witness first mistook the object for the ISS but quickly realized that the object was accelerating.

“I lost sight of the object very quickly behind the tree line.” […]