We reported in our previous article Massive V-shaped Cloud and Cigar-shaped UFO emits Light Beam over California about the mysterious UFO giant V-shaped cloud seen by many witnesses in California while watching the Blood Moon lunar eclipse on September 27, 2015.

The latest report came from a witness in Anaheim, California who captured the UFO V-shaped cloud in the sky over Anaheim Hills on the same day while watching the Blood moon, lunar eclipse.

Witness told to UFO-blogger where the moon was located the sky was pretty clear but to north of the moon the sky was filled with clouds. Towards the end of the eclipse we glanced over to where all the clouds were and a giant V appeared in the sky. 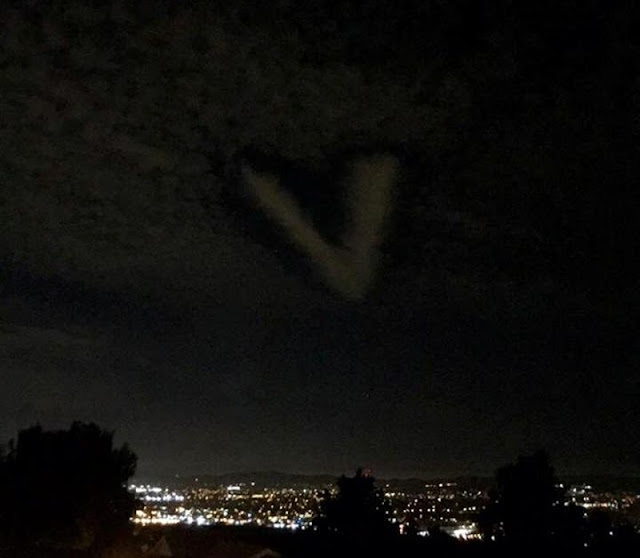 The strange thing was it was a perfect V and all the clouds around the V had separated so the letter just stood right out. 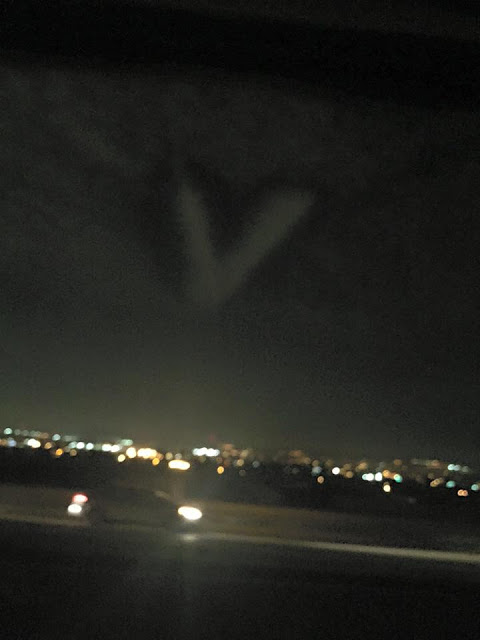 Another strange event happened on the same day. This time a witness captured an unknown glowing object leaving a trail in the sky over black Rock Canyon, California.

Witness report: I was taking a timelapse with my gopro hero4 black, I was testing settings while I aimed it at the blood moon event on September 27th.

I captured several frames 10sec exposures with a constant interval. On only 1 of my frames I captured a glowing object which appears to traverse from the moon towards the camera exits the cameras frame and re-enters the frame, changes direction several times and appears to get larger or closer while doing so.

I did not see the object Live in Action. It was upon review of the timelapse that I discovered the unusual light show. The sheer distance this object travels is amazing. Mufon case 70951. 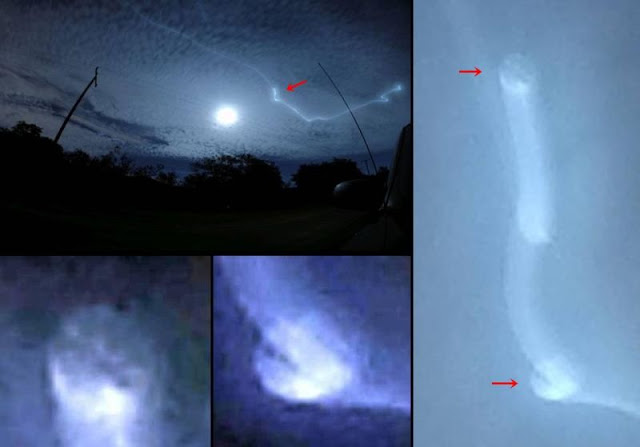 Also in Taos in New Mexico strange unexplained things happened in the sky on September 27, 2015.

Witness report: My friend Scotty in Taos sent these pictures to me and wanted me to share them with everyone.

He and six other friends were on their way to his land to watch the eclipse and on the way they saw what he described as a black grid like porthole opening up with a dark beam coming out of it, lighting up the ground red, and moving toward them.

Then some clouds appeared, which they believe cigar shaped craft were hiding in. The “object” got within a couple of miles of them before disappearing. He thinks it grew to at least a mile wide. Mufon case 70963. 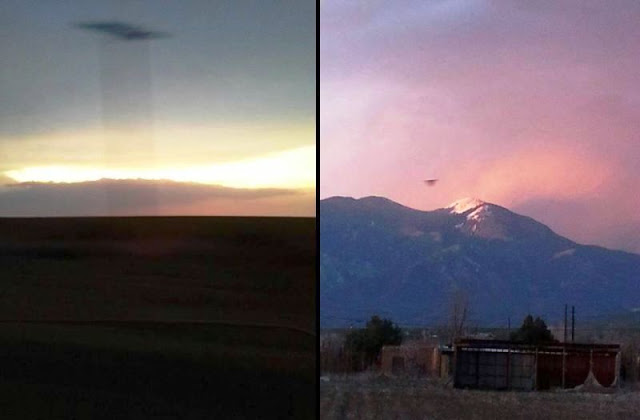