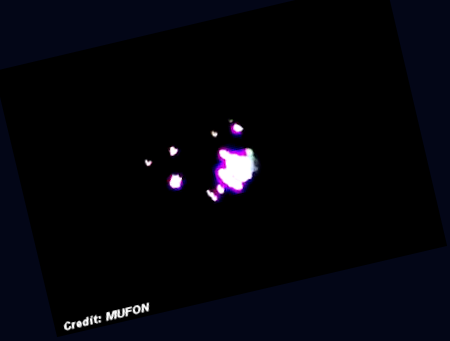 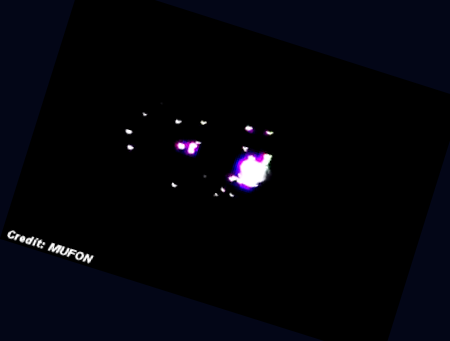 A Texas witness at Houston reported videotaping “strange lights in the sky” that hovered and moved positions over a two-hour period, according to testimony in Case 65255 from the Mutual UFO Network (MUFON) witness reporting database.

“At first I thought it was a star, but then I noticed that it was changing color,” the witness stated. “I grabbed my camcorder out of the truck and started recording. As I zoomed in, it disappeared from my viewfinder twice. The third time I tried to record I was able to record a metallic gray, spherical object in the sky.”

The witness stated that the object changed shape as he watched.

“I recorded it for a little over three and-a-half minutes and during this time it morphed its shape, taking on the appearance of the moon at one point.”

“It hovered in the sky above me for quite some time, and then it moved slowly across the sky toward the west.”

The witness watched the object for about two hours.

“It stayed in the sky until about 4:30 a.m. until it began to move again. This time it disappeared into the early morning sky. I was in shock and awe.” […]