Creature that looks like a Mermaid is pulled from lake by men in biohazard suits.

This incredible video appears to show the moment a MERMAN was pulled out from a lake, put on a stretcher and taken away by mysterious officials.

Captured in Poland, the short film shows a group of men in what look like white biohazard suits working with others dressed in attire similar to paramedics. 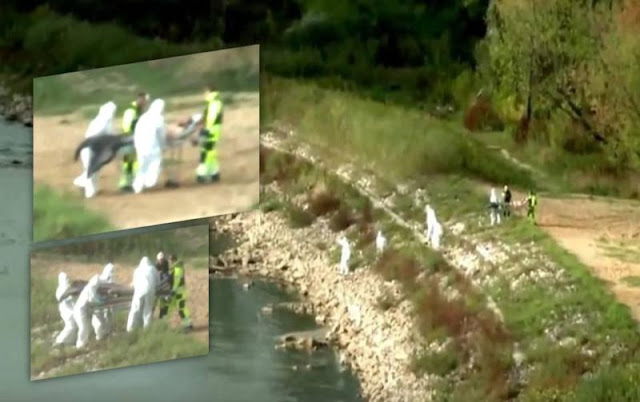 Lasting two minutes, the footage begins with the men in white suits surrounding a mysterious body on the banks of a river. The men then lift the shape up at which point, what appears to be a large fish tail is clearly visible.

At this point the men dressed as paramedics then move a stretcher into place while their biohazard suit-wearing colleagues bring the ‘being’ up to them.

As they place the unknown shape on the stretcher, the ‘Merman’ is clearly visible and lies down – his long beard resting on his chest.

The men dressed as paramedics then wheel the ‘Merman’ away to an unknown location and no-one has heard anything of the incident since.

After the footage was posted online, a number of people claimed it was proof of Mermen existing, while others said it was either a hoax of the filming of a movie according to mirror.co.uk.