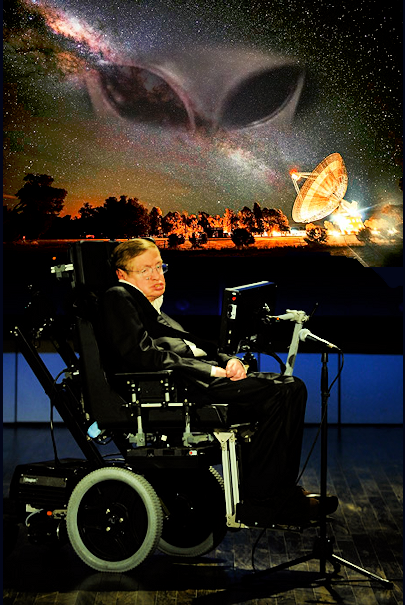 The famed physicist says that simple math makes him believe there are aliens out there.

Many of Stephen Hawking’s recent pronouncements have been slightly dire.

He worries about artificial intelligence. We evolve so slowly that it could simply stomp us out, he said last year.

But there are other threats. In an interview with Spain’s El Pais, the world-renowned physicist said he feared aliens might destroy us. He said it might be worse that when Columbus turned up in the Americas.

“Such advanced aliens would perhaps become nomads, looking to conquer and colonize whatever planets they can reach,” Hawking told El Pais. “To my mathematical brain, the numbers alone make thinking about aliens perfectly rational. The real challenge is to work out what aliens might actually be like.” […]