David Wilcock discusses new information revealing a blockade of our solar system by the space aliens group the “Blue Avian” who are associated with the Blue Sphere Alliance and how they began to arrive into our solar system since 1999.

According to contactee Corey Goode, there are over 100 Blue Spheres helping our planet to push for complete disclosure and the release of suppressed technology.

The Sphere Alliance is cooperating with an alliance of secret space programs indigenous to Earth. 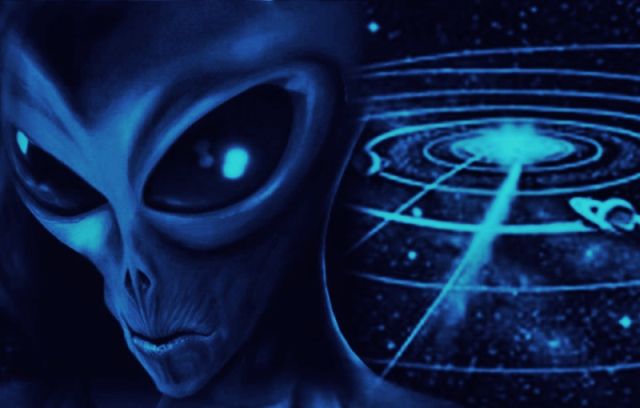 Solar Warden – Established early and is the most aging fleet (though it has gone through many upgrades over the decades). They have a R&D/Scientific focused fleet and a Military Offensive/Defensive focused fleet that is mainly focused on policing the Solar System and surrounding Star Clusters and keeping track of “Intruders” and Visitors” as well as locate and remove unauthorized “Visitors” on the Earth and other planetary bodies. Their program name describes their function pretty well.

The Solar Warden Program along with the other programs belonging to the SSP Alliance have been given advanced technologies to neutralize the prior technological advantage of “negative” or “service-to-self” groups described as the Cabal/Illuminati, Draco Reptilians, etc.

Interplanetary Corporate Conglomerate (ICC) – Focused mainly on development and aquisition of technology by any means. Develop and Produce Technology for Commerce with Earth and Off World Groups in a Barter System and left nothing off the table that they were willing to trade. Very powerful, very classified, and Always had all of the latest technology and “Toys” at their disposal.

Dark Fleet – Worked almost entirely outside the Sol System, Very Military (Offensive), Extremely Classified above the others and were large fleets (similar looking Carrier Craft that looked like the Star Wars Wedge Shaped craft in the movies). They worked alongside the Draco Alliance and are speculated to fight alongside them in their affairs in other systems.

“NATO TYPE SSP” – Recently in Alliance Conferences they were referred to as the “League of Nations Program.” Apparently this was the one where I arrived and all of the people were relaxed in another Sol System and were from MANY different countries. There were literally more flags on their shoulders than I could identify (countries like Estonia etc…). This group was based almost entirely outside of the Sol System and was a relatively newer SSP that was created for all countries to participate in, have exchange of information and technology and to encourage the countries to keep silent on the SSP Programs.

Various Special Access Program SSP’s that were small, usually had the newer technology, very secretive and worked for some of the Secret Earth Governments, Syndicates and World Military Forces (there could be several independent groups in this category).

The various Secret Space Programs of our current era and break away civilization are all aligned with different (sometimes multiple) groups of off world groups.

Several of these secret space programs indigenous to Earth make up the Secret Space Program (SSP) Alliance, which should not be confused with the Sphere Alliance which comprise five different extraterrestrials races that are here to assist humanity deal with an upcoming “Event” that will change life dramatically on the planet.

The Sphere Beings Quarantine around both the Earth and the Entire Solar System has also further complicated things for some of the “Off World Beings” and the plans of the “Secret Earth Government Elite” who had planned on “Not Being Here” when all of this went down.

They are all stuck here for the “Duration” by these new arrivals who have been termed by the “SSP Alliance” as “The Sphere Alliance”.

ET/ED Beings” that had been in control of this Solar System for many thousands of years have absolutely no recourse against these “New Arrivals”.

Their agenda’s have been thwarted and they are now locked inside this Solar System with us until these “Events” pay out.

These will certainly be interesting times indeed for those of us who are at various stages of being awake as well as the masses who are firmly asleep.

Below video: David Wilcock on the blockade of our solar system by the space aliens group the “Blue Avian”.