A strange arrow and circular punch hole appeared in the clouds over London, Ontario, Canada on October 1, 2015 at 1.15 pm.

Punch holes are formed when the water temperature in the clouds is below freezing but the water has not frozen yet due to the lack of ice nucleation.

This leaves a large, often circular, hole in the cloud. Because of their rarity and unusual appearance, as well as very little exposure in media, fallstreaks or punch holes have been mistaken for or attributed to Unidentified Flying Objects. 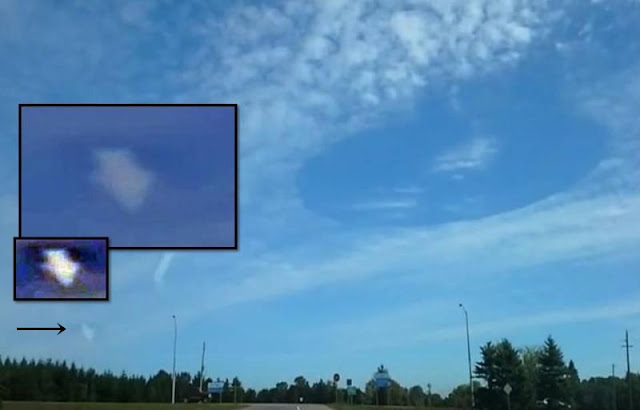 Although the most of these holes are just normal fallstreaks, there are cases of punch holes which in fact are cloaked UFOs that looks like a punch hole.

The London, Ontario phenomenon could be a punch hole but it doesn’t explain the strange arrow-like cloud near the hole in the sky.

Just another natural sky phenomenon or is it a cloaked object that has come through the (punch) hole?