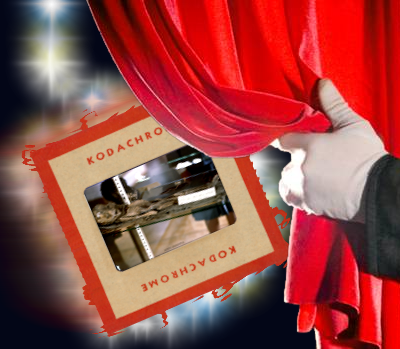 One of the reasons that the posts here appear on an irregular basis is that I wait for some sort of inspiration to hit. I had put up the post on the size of the debris field with the idea to do the same with descriptions of the debris, or which officers said what about the crash and the like. Rich Reynolds also chastised me for not answering his question about UFO movies and I wanted to do something with the Hangar One nonsense about the Kingman UFO crash which I figured would alienate most of MUFON and the entire population of Kingman. Today, however, a question that I had no answer for appears to have an answer.

I had wondered why Tom Carey had so tenaciously held onto the idea that the image in the Not Roswell Slides was an alien creature. I wondered why Don Schmitt seemed to vacillate between understanding the image was an unfortunate child and it was actually something alien. Given the evidence and documentation, it seemed that the image’s identity was obvious to anyone who looked at it dispassionately, at the other photographs available of that mummy and at the documentation that surrounded its discovery, recovery and display in museums in Colorado and Arizona.

Today, I have the answer in the form of a new book by them, and Jaime Maussan, as part of the BeWitness project or whatever they called it. I’m not going to publish the link because this is not a book that should be in any serious library besides it is currently only available in Spanish. It reminds me of the continuing series of books and programs on the Bermuda Triangle after Lawrence Kusche wrote The Bermuda Triangle Mystery – Solved. It did, in its pages, produce an intelligent and viable solution to the questions asked about the Triangle and seems to be ignored in most documentaries about that nonsense.

We are in the same place with the Not Roswell Slides. The identity of the image has been well established yet we are subjected to another “analysis” of that image based only on what is shown in the pictures and not on an examination of the remains. I suspect they will reject the research done by others that is in conflict with what they say, will trot out the same experts to endorse their original opinions, and continue to promote this as some sort of evidence of alien visitation.

Yes, I am making this prediction on nothing more than the fact the book is available as an ebook (in Spanish for nearly 20 bucks) and one that I have no intention of buying… and yes again, it is difficult to “review” a book without actually reading it, but then I do know the story of how all this came about and what the evidence supporting their conclusions are. Unless this is an expose on how they were duped into supporting the idea that the image was of an alien creature this new ebook will not reflect any sort of reality. If it is just an outgrowth of the fiasco in Mexico City, this marks the further decline in what we now laughingly call Ufology. I thought we had hit bottom in the hours after Mexico City but I see that I was wrong.

Scientists and the Roswell Slides

BEWOEFUL: The Death of The Roswell Slides