According to astronomers, AU Microscopii (AU Mic) is a star, located only 32 light years away from Earth.

Images from the Hubble Space Telescope and the large telescope from ESO show very unusual features within the disc of the star. 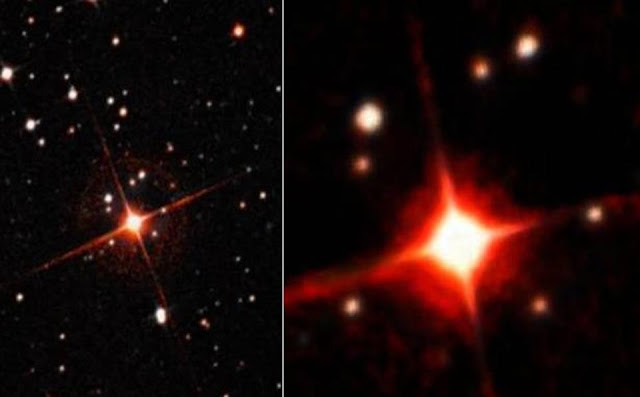 Mr. Thalmann from ETH Zürich in Switzerland said that the arches are racing away from the star at speeds of up to about 40 000 km/h (24 854.85 mph) and these waves are moving so fast that it seems as if they escaping from the gravitational attraction of the star.

Astronomers said that other celestial bodies while orbiting the star are not responsible for the high speed of the arches and concluded that something else must have been involved to speed up the arches / waves which means these arches are a sign of something truly unusual.