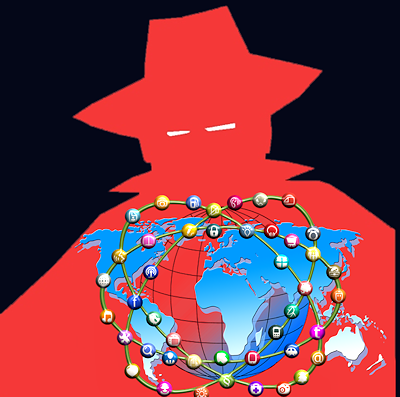 The Internet in Russia is a battleground between activists who would use it as a tool of political and cultural freedom and government officials who see it as a powerful instrument of political control, write investigative journalists Andrei Soldatov and Irina Borogan in their new book The Red Web.

For now, the government appears to be winning the battle.
Soldatov and Borogan trace the underlying conflict back to official anxiety in the Soviet era about the hazards of freedom of information. In the 1950s, the first Soviet photocopy machine was physically destroyed at the direction of the government “because it threatened to spread information beyond the control of those who ruled.”
With the introduction of imported personal computers in the 1980s and a connection to the Internet in 1990, new possibilities for free expression and political organizing in Russia seemed to arise. But as described in The Red Web, each private initiative was met by a government response seeking to disable or limit it. Internet service providers were required to install “black boxes” (known by the acronym SORM) giving Russia’s security services access to Internet traffic. Independent websites, such as the authors’ own agentura.ru site on intelligence matters, were subject to blocking and attack. Journalists’ computers were seized.

But the struggle continued. Protesters used new social media tools to organize demonstrations. The government countered with new facial recognition technology and cell phone tracking to identify them. Large teams of “trolls” were hired to disrupt social networks. A nationwide system of online filtering and censorship was put in place by 2012, and has been refined since then. […]

The ‘Dark Web’ and Its Implications